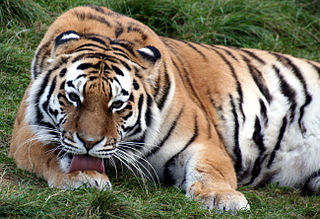 A federal judge in Ohio recently sided against owners of exotic pets by requiring these owners to join private associations and to implant microchips in these animals.

But this law didn’t just come out of nowhere. Ohio legislators enacted this law in response to the 2011 release of 56 exotic animals in Zanesville, Ohio by farm owner Terry Thompson, who later killed himself.

The incident wreaked havoc in the region. The animals released included:

While the tightened exotic pet law aims to protect the public from animals that can often be unpredictable, it has also been put into place to protect animals. If an exotic animal does escape from an owner, the potential that it will be killed in the interest of public safety is staggeringly high.

People opposed to microchipping exotic pets argue that their personal rights are being violated, that it’s just one more example of Big Brother stepping in. And that may very well be true, however, proponents of microchipping explain that this will add a certain level of culpability to exotic pet owners.

Escaped pets aren’t the only scenario microchipping exotic pets addresses. Many pet owners, specifically exotic pet owners, release their pets into the community when these animals become too large, too aggressive, or too … exotic.

Florida has gone as far as to outlaw personal ownership of Burmese pythons and six other giant reptiles, and has enlisted the help of bounty hunters to hunt down former pet snakes that have been released.

The other states either have partial bans (on some animals) or requires the owner to obtain a license or permit.