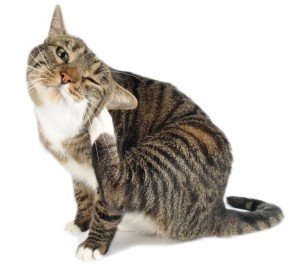 During the summer my scarves, coats and boots are put away in storage, since they do me no good when the thermometer hits 90. In the winter, you won’t see me in my sandals, although I’d like to have the option. We humans have our seasonal habits and rituals based on temperature. It makes sense then that dogs and cats follow suit, particularly in regards to their flea and tick medicine.

Each fall many a pet owner begins to question whether they really need to give their cat or dog flea/tick medicine throughout the winter. In the coldest months birds fly south, bears hibernate, and every living thing that once flourished outdoors is either dead, frozen, or in hiding. Doesn’t that include fleas and ticks?

Why everyone recommends year-round

This article, of course, is all but irrelevant for folks who live in warmer climates. They always need flea and tick medicine. But for those of us who do experience a bitter winter, it should be known that most, if not all, veterinarians suggest year-round flea and tick treatment. But why?

Here are some fun facts for you to munch on:

Why you might not use medicine all year round

Flea and tick medicines are pretty hefty meds, both financially and chemically. These are the two biggest reasons why people don’t use them all year round.

The cost of these meds can be staggering, and a good way to combat that cost is by taking a few months off. However, there are cost-saving measures you can pursue, including going on Amazon or other online sites that offer a considerable savings on meds, particularly if you buy in bulk.

But many other folks don’t like the idea of constantly pouring “poison” onto their pets, particularly small dogs or cats. The Environmental Protection Agency launched an investigation in 2008 about the ill effects of spot-on treatments after receiving 48,000 reports including 1,300 cases of serious reactions or death.

However, time and time again the reports show that these applications are safe and that most adverse reactions are a result of user error (such as an owner giving the wrong dosage to a pet). If, for example, a person used a dog treatment on a cat, that could cause death. Or, if the owner simply guesses his dog’s weight, his dog could become sick or suffer loss of fur/hair.

A dance with chance

The chances of your dog or cat getting a flea or tick in the wintertime are considerably lower than in the warmer months. That’s for sure. So, you might be willing to play a game of chance. However, if you lose that game, what happens? Your pet could suffer an infestation, which results in your home being infested. Your pet could suffer adverse reactions to the flea or tick that needs to be treated. It could be far more costly and annoying to rid your home and pet of fleas (or ticks) after one infestation, than the cost of paying for medicine all year long.