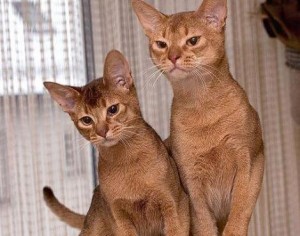 Not all cat breeds are created equally in terms of being friendly and easy to get along with.  In fact, some cats are known to be among the friendliest while others fall into the category of downright mean!  There will always be a slight debate between cat owners due to the simple fact that even a breed that is thought to be in the friendly category can turn out to be hard to live with and vice a versa.  A cat’s temperament is not always predetermined, as much of how a cat interacts with humans as well as other animals is a direct result of how it was raised.

Here are the top 5 cat breeds thought to be among the friendliest and best to live with: 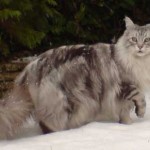 Also known as the “gentle giant”, the Maine Coon cat breed is ideal to bring into almost any home.  Full grown, these cats can reach up to 25 pounds, but its sweet-natured temperament makes up for the weight when it jumps up on your lap!  With a tail that is bushy like a racoon, it’s no wonder where it’s name came from.  Although its fur is longer than a typical short haired cat, it doesn’t mat or tangle like you would expect. 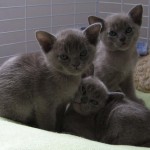 Not only is the Burmese cat breed among the top 5 friendliest, the breed is also known for being one of the more popular cats because of their loving nature.  They are very outgoing and curious, and form strong bonds with their owners.  Even when full grown, these cats display kitten-like characteristics.  A short haired cat, their coat is quite silky or glossy, making them a favorite to pet and stroke.  The Burmese cat breed comes in a variety of colors and can be surprisingly heavy despite their delicate appearance.

The Birman is another cat breed that forms a strong bond with its owners and enjoys both giving and receiving attention.  If you are looking for a cat that will actually come to greet you like a dog when you get home, then the Birman is the one for you!  Considered a semi-long haired breed, they do require minimal grooming to avoid tangles.  Other characteristics of these cats are their beauty, they are ideally suited to living indoors, and love to be around people.  It would be rare for you to be in one room and the Birman breed to stay in another. 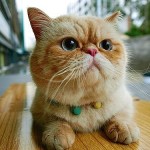 People who love the look and sweet personality of the Persian, but who don’t care to be a slave to daily brushing, will find the Exotic Shorthair a perfectly friendly cat to add to the family.  They are affectionate and loving towards people as well as other animals, and are known to be gentle and very tame.  The Exotic Shorthair cat has a compact, rounded, powerfully-built body with a short, thick neck.  Its large round eyes, short snub nose, sweet facial expression, and small ears give it an appearance that most people consider cute. 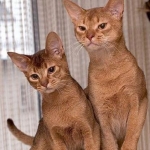 This breed of cat is also among the most popular cats to have as a member of the family, mainly because of their loyalty, desire to show affection and to please, and their intelligence.  In addition to these features, the Abyssinian actually likes the water and can be excellent swimmers.  They are usually not “lap” cats, as they are constantly checking out their surroundings and showing off their curious nature.  This breed generally gets along well with other cats, but also requires its time alone in its own space.