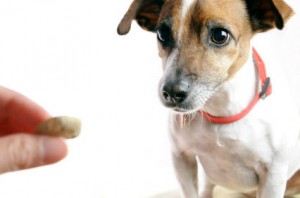 The FDA has become increasingly concerned about the possibility of certain pet foods being contaminated with Salmonella, a type of food poisoning caused by a bacterium that can contaminate food during processing or handling.  Approximately 40,000 cases of salmonellosis are reported each year in the United States.  Many milder cases are not diagnosed or reported, so the actual number of infections may be 30 or more times greater.

Because of the Salmonella concern, FDA investigators began taking samples of dry pet food, pet treats, and diet supplements from distributors, wholesalers and retailers like PetSmart, PetCo, WalMart, Costco, Sam’s Club and Target during October, and will continue their efforts throughout the coming year.

This is a nationwide effort to pinpoint any traces of Salmonella, but not for the reasons you might think.  The FDA is not partaking in this testing for the health of cats and dogs, but for the safety of humans.  The FDA said in a memorandum released this week that it is “particularly concerned about salmonella being transmitted to humans through pet foods, pet treats and supplements for pets that are intended to be fed to animals in homes, where they are likely to be directly handled or ingested by humans.”

The Centers for Disease Control and Prevention recommend that humans wash their hands right after feeding their pets to wash away any possible contaminants and be sure to keep infants away from the pet food dishes.

The reason the FDA has started testing samples of pet food, treats, and other supplements is a direct result of CDC data that showed that 70 people got sick from January 2006 through December 2007 in connection with salmonella-tainted dry dog food produced in Pennsylvania.  This data also showed that a new strain of Salmonella, called Schwarzengrund, is resistant to the common antibiotics that would normally be used to treat Salmonella.

Symptoms of Salmonella poisoning are similar in humans, dogs, and cats, and include lethargy, diarrhea or bloody diarrhea, fever, vomiting, decreased appetite, and abdominal pain.  If you find yourself or your pet having any of these symptoms, call your doctor or veterinarian immediately to pursue the proper course of action.