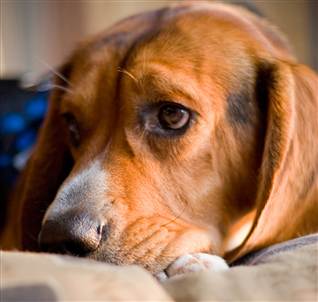 According to the U.S. Environmental Protection Agency, an increasing number of pets are winding up dead or sick because of their owners incorrectly using flea and tick products on them.  These deaths are now leading the EPA to impose stricter regulations to the labeling of the products, making it easier for pet owners to use them properly.  The labels need to more clearly indicate which products are meant for dogs and which are for cats.

The majority of problems have occurred in smaller dogs due to doses that were meant for larger dogs being given to them.  The EPA feels that if the labeling were more clear, less mistakes such as these would occur.  “Pet owners need to be cautious about using flea and tick products safely,” EPA veterinarian Ann Stohlman stated in a media release.  “You need to take the time to carefully read the label, the package insert, and any accompanying literature to make sure you’re using the product correctly.”

The misuse of flea and tick problems are not limited to the incorrect use of tubes or vials that are applied in between a dogs or cats shoulders or in a stripe along their back.  Problems have also been found with the use of shampoos, sprays, and collars, meaning that the labeling on these products needs to be evaluated as well, however “as a result of the recent sharp increase in numbers of incidents specific to spot-on products, we are making this investigation a higher priority,” said Dale Kemery, spokesman for the EPA.

The EPA recommends the following when using flea-and-tick control products on pets:

1. Consulting a veterinarian before using on weak, older, medicated, sick, pregnant, or nursing pets, or on pets that have previously shown signs of sensitivity to pesticide products.

2. Reading the product label carefully before applying a spot-on product or any other pesticide on your pet.

4. Applying only the amount indicated for the size of the animal being treated.

5. Not applying to kittens or puppies unless the product label specifically allows this treatment.

6. Monitoring your pet for side effects or signs of sensitivity after applying the product, particularly when using the product for the first time.

7. Not applying spot-on treatments to pets known to be sensitive to pesticide products.