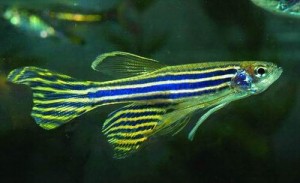 Great Britain – A popular tropical fish normally found pet aquariums may hold the key to the future of preventing heart disease. Medical researchers in the U.K. have discovered that the zebrafish possesses a unique ability to regenerate damaged heart muscles, recovering as much as twenty percent within a week of a cardiac injury.

A protein molecule called thymosine beta-4, which is found in zebrafish, could become the basis of a new heart-repair drug. “The protein seems to control the growth of the epicardium membrane, which surrounds the heart, so that it triggers the formation of new cardiac tissue and blood vessels, ” said Professor Paul Riley of the Institute of Child Health, University College London. “We hope to find similar molecules or drug-like compounds that might be able to stimulate these cells further. We’d really like to translate this to humans. It’s an example to resident stem-cell repair,” Professor Riley said.

At stake is the ability to reduce the need for heart transplants and other major surgeries which could be offset with drugs and therapies to begin repair of cardiac muscles after an injury. The British Heart Foundation has just announced a drive to raise £50m to further this research. “Five years ago, discussions about repairing damaged heart tissue centered on the idea of transplanting stem cells that could grow into fully mature cardiac muscle. However, more recent research suggests that it may be possible to stimulate latent stem cells that are already present in the human heart, ” said Professor Peter Weissberg, medical director of the British Heart Foundation.

The zebrafish is normally found in the River Ganges and has been a favorite of tropical fish owners for decades. Scientists have long studied zebrafish to learn more about birth defects and organ development in humans.

Can My Dog Eat Thanksgiving Dinner?