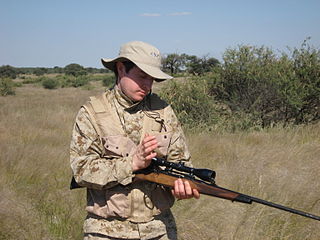 Zambia has decided to follow Kenya and Botswana down the road to eliminating trophy hunting. Zambian Tourism Minister Sylvia Masebo made the announcement that a ban on lion and leopard hunting will be put in place in 2013. Lions and leopards are part the “big five” species that attract hunters to the African continent. The other three are the African elephant, Cape Buffalo and the rhinoceros. Other trophy hunting will remain legal in Zambia and all hunting will still be permitted on private game-ranches that hold valid permits. “Tourists come to Zambia to see the lion,” commented Ms. Masebo, “and if we lose the lion we will be killing our tourism industry.”

Hunting groups were quick to argue against the ban, noting that many hunters are also conservationists and are involved in land conservation activities. Game hunting can be lucrative on an individual level. According to the Food and Agricultural Organization of the United Nations, trophy fees per species range from a low of $1,923 for a zebra up to $30,000 for an elephant. Leopards are $7,150 and lions are $29,000. It seems like a lot but does it really contribute that much to the budget?

The September Times of Zambia stated in an editorial that last year Zambia made $3 million on big game hunting. That’s a very small amount compared to the $125 million they say that game-viewing tourism generated for the country. In addition the lion is becoming rare in some parts of Zambia and remains threatened by loss of land and prey, poaching pressures, and conflicts with landowners across Africa. The lion population is estimated to be less than 4,500 in Zambia. Lion Aid, a UK-based conservation organization, claims that the lion is extinct in 25 African nations and virtually extinct in another 10. The remaining population of wild lions in Africa is believed to be between 15,000 and 30,000, according to the International Union for Conservation of Nature. Only 50 years ago it was higher than 450,000.

Kenya has had a complete ban on all trophy hunting in place since the late 1970s. Botswana also recently announced a ban on all sport hunting as of 2014. They have been putting increased restrictions on hunting for years, which finally culminated in the recently announced complete ban. Lion hunting in Botswana was outlawed in 2002. Traditional hunting will still be allowed by some local communities in Botswana in specially designated areas. Hunting is still allowed in many African nations, including Tanzania, Namibia, Zimbabwe and South Africa.

Bones from big cats such as lions and tigers are prized for Asian medicinal products. This has increased the pressures of poaching and hunting, attracting many Asian hunters to the continent in recent years. In the past, big game hunting has been a sport favoured by Americans and Europeans. But, as we can see from the income generated, more hunters prefer to use their camera than their gun.