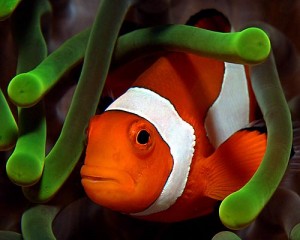 Ruskin, FL – Even though the midwest and eastern United States have seen long stretches of brutally cold weather this year, southern states like Florida have not escaped the freeze either, and in a state where the economy depends on warm weather, it is starting to take it’s toll.

Nearly 80% of the tropical fish swimming in aquariums in the United States are grown in the Tampa Bay area. Many of these fish are produced by the University of Florida’s Aquaculture Lab.  Craig Watson, director of the Aquaculture Lab, says when water temperatures drop below 55 degrees, the fish can’t survive.

“Below that, we start seeing massive losses and we’re below 50 degrees Fahrenheit in our uncovered ponds today,” he said.

Covering ponds is an option, except that prolonged stretches, such as what is happening now, cause damage to the fish populations regardless. With increased competition from Asian sources, the results can be devastating to the local economy. Art Rawlins, president of the Tropical Fish Association and owner of Rawlins Tropical Fish says tropical fish were the largest single commodity flying out of Tampa International Airport at one time. But he says that’s no longer true. He worries the freeze may further shrink his market.

“Once a person starts buying from another source, it’s very difficult to get them back,” he said.

Can My Dog Eat Thanksgiving Dinner?