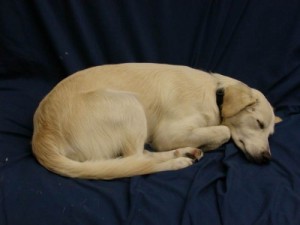 According to the American Pet Products Association, Americans spent over $50 billion on their pets in 2011. It’s numbers like that make it no surprise that preserving pets after they die is increasingly becoming more popular. There’s something unique about a pet that’s been a member of the family for years and years. From being a best friend, companion, and source of entertainment, dogs and cats have a way of being there for us that we sometimes don’t even realize until they are missing from our lives.

But they don’t have to be completely gone…EVER. Just as some people utilize taxidermy to preserve great catches like an eight pound bass or a first shark, many pet owners are now preserving their pets to keep them “alive” forever.

Take the story of Mary Kaufman of Lonoke, Arkansas and her dog Brittany. Brittany, a 14 year old Yorkie had been Kaufman’s companion through good times and bad and when the end was nearing, Kaufman just couldn’t bear to lose her. Then she heard about a taxidermist who preserves pets. “I had never heard about it. But I knew instantly that’s what I wanted to do,” she said. “They (the taxidermist’s work) all looked so real.”

The process involves new techniques in freeze drying technology without altering the pet’s appearance, which is different than traditional taxidermy. It’s a lengthy process that can actually take up to 6 months for a large dog. The water is slowly removed from the pet, leaving the tissue and organs unaltered. Unlike traditional taxidermy, the skin in not placed over mold. Once that part of the process is finished, the animal is carefully posed and is supported by frame work that is custom made.

While preserving the family pet may not be everyone’s way of saying goodbye and moving on, for so many (the one’s who can afford it) it is becoming a way of life; waking up every morning and greeting what was once the animal that greeted them.