Home Breed News Most Popular Dog Breeds According to AKC 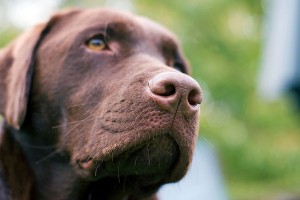 For the 22nd year in a row, the Labrador retriever is the most popular dog breeds in the United States according to the American Kennel Club (AKC). The second favourite remains the German shepherd dog with the golden retriever swapping places with the beagle for third and fourth respectively. The top ten is rounded out, in order, by the bulldog, Yorkshire terrier, boxer, poodle, Rottweiler, and dachshund.

In the last decade the popularity of the smaller breeds has gradually been replaced by resurgence in the medium to large sized dogs. Small breeds that gained in popularity this year include the havanese (a Cuban breed known for its sassy attitude and sashaying hip movement) and the affenpinscher, which has a face that is often said to resemble that of a monkey. The Chihuahua, Pomeranian and pug all saw declines in their ranks this year.

Other trends included the increase in mastiff-type dogs such as the English mastiff, bullmastiff, Cane Corso, Neapolitan Mastiff, and Dogue de Bordeaux. The latter three are all fairly new to AKC recognition and have grown in popularity since they joined the list last year. Bully breeds are also on the rise including the bull terrier, Staffordshire bull terrier, and miniature bull terrier. Bulldogs are the mascots for several school teams including Yale University, Georgetown, Butler University, and the United States Marine Corp. The last grouping that saw an increase was the rarer gundog breeds such as the boykin spaniel, Welsh springer spaniel and Spinone Italiano.

Popularity is often relatable to entertainment trends and the presence of certain breeds in film and television shows. In the 1920s, perhaps riding on the popularity of Rin Tin Tin, the German shepherd dog was the most popular breed in America. Although it can be argued that sometimes breeds are chosen for media use because of their popularity as well. The Chihuahua has been in the top twenty for over a decade coinciding with its appearances in Taco Bell commercials and the Legally Blonde films. Currently the French Bulldog may be experiencing a similar gain in popularity. In 2002, it ranked 58th in popularity. Stella, the French Bulldog, is a current regular on Modern Family and this year the breed ranked 14th.

It is important to remember that dogs seen on television and in movies have been trained to behave in certain ways and should not be purchased with the expectation that the new puppy will be just like the one in the media. Popularity due to films like 101 Dalmatians can cause an upsurge in interest in the breed leading to unscrupulous people looking to make a quick dollar by breeding dogs without proper health checks and careful scrutiny of the suitability of potential homes. This, in turn, results in floods of dogs ending up in shelters when they fail to meet their owner’s expectations. Therefore, it is always important to remember that if you are interested in getting a new pet, do your research and pick a breed who’s temperament and lifestyle meets that of your own.