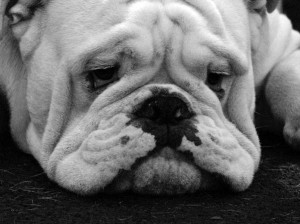 Many pet owners have relied on airlines that allow dogs to fly, but not all pets have made it to their destination alive.  This is the reason for the flying ban that has been placed on certain dog breeds like Bulldogs, Pugs, Terriers, Boxers, and other short-nosed breeds, as well as some breeds of cats.  Although some pet owners may feel this ban is unfair, it has been put in place for the best interest of the pets.

On a regular airplane flight, dogs who are accompanying their owners on vacation were required to be in a carrier and they were placed in the area where the luggage is stored.  During the flight, temperatures rise and the short-nosed dog breeds began having trouble breathing.  This lead to numerous deaths during flight, which caused airlines such as Delta to place a ban prohibiting short-nose dog breeds from being able to fly.

Other airlines including American, Continental, and United have also banned these dog breeds from flying, at least during the hot summer months.  According to the New York Times, “Many airlines now forbid brachycephalic breeds, also known as short-faced or snub-nosed dogs, from their planes.  That has caused great inconvenience for the owners of the affected dogs, which include popular breeds like pugs and bulldogs, but has opened a niche for a few companies that cater specifically to pet travel.”

Short-nosed dog breeds are specifically at risk for death during flight for a few reasons; they are prone to heatstroke and breathing problems, which become greatly increased when in the hot temperatures of the plane as well as the added stress they put on the dogs.

The dog breeds that are considered short-nosed include:

This is not a complete list, but is comprised of the most common of the short-nosed breeds.