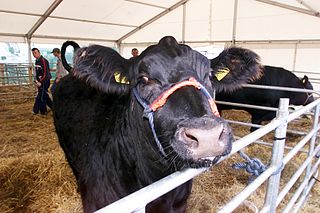 Usually, animal rights groups fight for bills like the one currently being pushed through NH., regarding livestock abuse. Why then are six animal-rights groups, including the Humane Society of the United States and the American Society for the Prevention of Cruelty to Animals, opposing this bill?

According to Republican Rep. Bob  Haefner, the bill’s prime sponsor, the purpose of the bill is two fold:

Haefner was motivated by his frustration at advocacy groups that record examples of abuse and hold onto these recordings without ever informing law enforcement. Instead, these recordings make their way onto TV or the internet.

The bill would require any person or entity who records the abuse of farm animals to report it to police within 24 hours and turn over the evidence.

Advocacy groups like the Humane Society fear that the passing of this bill will punish whistleblowers and suppress documented evidence that would help push their agendas of preventing cruelty to animals.

There is bi-partisan support for this bill, which is co-sponsored by two New Hampshire Democratic representatives. However, there is also staunch opposition by some respectable names in animal welfare:

With these type of opponents, one has to question how effective (or harmful) this bill would be if passed. Each of the groups in the list above fight passionately for animal rights.  However, Haefner declares his motivation for HB 110 is to promote animal rights. So where’s the disconnect?

When is it okay not to report animal abuse?

Is it fair to allow animal abuse to go unreported for the sake of spreading a message?

On the flip side, is it more helpful or harmful to pass a law that could discourage people from spreading that message?

These questions are not easy to answer. Both sides have intentions in the right place, but in the end, what will be the best of animals?

Visit NH HB 110, and download it for free. Read the Humane Society’s press release regarding this bill here.