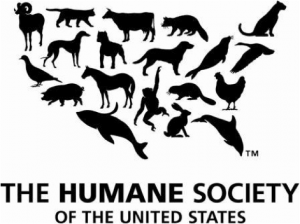 Each year the Humane Society of the United States (HSUS) releases a comprehensive report ranking states (and Washington, D.C.), on how well they deal with animal cruelty, wildlife, farm animals and more. While the overall trend seems to be moving toward stronger laws, the country as a whole still has more work to do in order to get to the level that the Humane Society would consider acceptable.

The coastal states, for the most part, are the states that demonstrate the strongest animal protection laws.

Washington (#7), for example, has the strongest law in the country in terms of possessing a dangerous wild animal as a pet. Oregon (#4) scores well for its fight against puppy mills and dog fighting, and California ranks #1 in the Humane Society’s report for its constant and progressive stance on such things as cruel hounding of bears and bobcats.

Across the country toward the Atlantic, states like Massachusetts (#2), Maine (#5), New York (#7) and Virginia (tied for #7) score extremely high while Vermont, N.H. and Connecticut (all tied for #12) show promise (though they have room to grow).

The only coastal state that ranks toward the bottom of this list is South Carolina (#47). The remaining states are either toward the south (Mississippi is #49) or a “flyover state” (North Dakota ranks 48th, Idaho ranks 50th, and South Dakota ranks dead last at #51).

A majority of these poor-ranking states have laws in place to protect animals, but the Humane Society sees holes that need to be filled. Take Wyoming (#44) for example. Wyoming has strong laws against animal fighting, however, it lacks felony convictions for people attending these fights.

Cockfighting is a big issue down south

Ten states lack felony-level penalties for cockfighting, and a majority of those states are in the south.

Cockfighting may seem like an epidemic suffered in other countries, but the truth is, it happens right here. Cockfighting is, in fact, illegal in all 50 states, but it is labeled as a felony in only 39. The Humane Society is dedicated to changing that.

Watch this video on a cockfighting bust in California:

While more work has to be done, states are making strides toward tougher laws against animal cruelty.

Here are some examples of laws passed in 2012 in favor on animal rights:

While these examples give us some reason to celebrate, the Humane Society doesn’t plan on sitting around patting themselves on the back. In 2013 they aim to increase the rankings of every state that struggled to meet the society’s expectations.