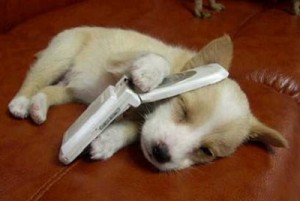 There are some pretty interesting things about dogs that are not so well known; some are funny, some are interesting, and some are even just plain weird!  Here are 20 things we bet you didn’t know about dogs.

1. The smallest dog on record weighed only 4 ounces at two years of age, according to the Guinness Book of World Records.  It was a Yorkshire Terrier in Great Britain.

3. Dogs do not like rain because the sound is amplified and hurts their very sensitive ears.

4. 33 percent of dog owners admit that they talk to their dogs on the phone or leave messages on an answering machine while away, according to an American Animal Hospital Association poll.

5. Dogs sweat through the pads of their feet, not by salivating.

6. An estimated 1 million dogs in the United States have been named the primary beneficiary in their owner’s will.

7. Eighty percent of dog owners buy their dog a present for holidays and birthdays.

8. The first American dog movie star signed his own contracts for 22 movies with a pawprint.

9. Chihuahuas are born with a ‘soft spot’ like a human baby, which usually closes as they mature.

12. Every known dog has a pink tongue except the chow, who’s tongue is jet black.

14. A dog’s nose print can be used to identify dogs.  It works like a human finger print.

15. The tallest dogs are the Irish Wolfhound and the Great Dane.

16. A one year-old dog is as physically mature as a 15 year-old human.

17. When dogs bay at the moon, they are following a basic urge to call the pack together.

18. Dogs have twice as many muscles for moving their ears as people.

20. Mixed-breed dogs usually have behavioral traits similar to the breed they most resemble in appearance.