Home Breed News Cats Who Gets the Pet During a Divorce 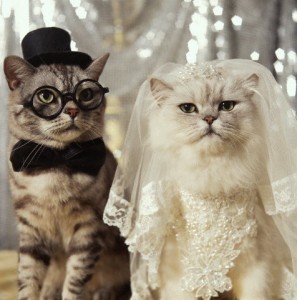 Instead of fighting over the china received as a wedding present or a favorite piece of furniture, more and more couples going through a divorce are battling it out over who gets custody of the family pet, whether it be dogs, cats, or even birds.  According to the results of a 2006 survey by the American Academy of Matrimonial Lawyers, more divorce lawyers are handling pet custody cases than ever before.  Could it be simply because the divorce rate is higher or are there other factors that determine the reason for the increase?

The pet custody fights are more common in same-sex marriages, civil unions, and domestic partnerships the attorneys said.  One of the reasons for the rise of pet custody disputes could be because years ago, fighting over a pet would have been something shied away from.  In today’s day and age, more and more people give a voice to concerns that would have otherwise been pushed under the table.

Attorney David Pisarra of Santa Monica said, “pet custody cases have grown as much as 15 percent in my office over the last five years.  In fact, he himself shares custody of Dudley, an 8-year old dog that neither him nor his ex-wife could part with for good.

Ken Altshuler of Portland, Maine, a divorce attorney and American Academy of Matrimonial Lawyers president, says that the academy is due for another survey, but there is no doubt that pet custody cases have grown steadily since the 2006 survey.  “Judges are viewing them more akin to children than dining room sets.  They are recognizing that people have an emotional attachment to their animals.”

So who gets the pet the couple may have gotten during the course of the marriage if the pet in question is a dog?  Well one of the couple probably registered the pet with the city and renews the license tag each year.  This is the document the court is most likely to follow if ownership comes under question.  “Whoever registers the dog can be considered the dog’s owner for litigation purposes, and since you have to prove that you have a legal right to the dog, just like you’d have to prove a legal right to a car, having the license is your best bet,” according to the authors of the book, “What About Wally? CO-PARENTING A PET WITH YOUR EX“.

Do you know anyone who’s been in a custody battle over a pet?