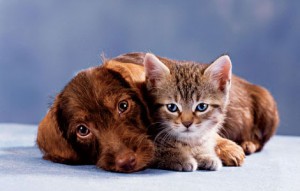 Cats and Dogs: It’s an ancient rivalry that has been reflected in culture, media, and even arguments with friends. Discussing the nature of being a cat or dog lover can be a surprisingly controversial topic. In fact, there is evidence that your preference in pets hints more at a person’s psychology and personality than one would typically think.

A University of Texas psychologist by the name of Sam Gosling, along with graduate student Carson Sandy, recently did a study comparing cat and dog people. The pair used 4,565 individuals for research. First they were asked whether they were team cat, team dog, or both. Next, a 44 question test was given to measure the subjects on the Big Five personality dimensions that are often used in analyzing psychology.

Gosling summarized the results of the experiment with the following: “There is a widely held cultural belief that the pet species — dog or cat — with which a person has the strongest affinity says something about the individual’s personality, and this research suggests there are significant differences on major personality traits between dog people and cat people.”

According to the tests, dog owners were 15 percent more extroverted and 13 percent more agreeable. These traits are in line with dogs’ outgoing and sociable personalities. Dog people were also showed a higher tendency for self-discipline and planned actions.

On the other hand, cat people were shown to be 12 percent more neurotic but also 11 percent more open. The open trait describes a person’s appreciation for a variety of experience in things like art, curiosity, and imagination. These types of people are usually less conventional, similar to a cat.

The old debate still rages: are cats or dogs better? The answer has been shown that it’s neither. So go easy on your friends next time you have this argument; it’s all in the personality.

This was a guest post written by Margaret Grace.