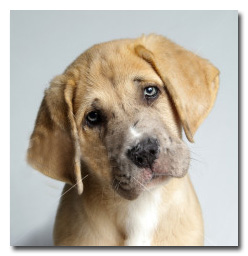 Many pet owners will tell you that their pet is truly their best friend when they are feeling sad. A new study suggests this may not be far from the truth. In the study there seems to be a direct relationship between tears and how dogs respond to them. However, there is no hard evidence that dogs truly feel empathy. The study was published on May 30 by the University of London in the journal Animal Cognition.

What the study showed is that dogs will most likely approach a crying person with submissive behavior over someone that is humming or talking. This does not mean that dogs necessarily understand our pain. “The humming was designed to be a relatively novel behavior, which might be likely to pique the dogs’ curiosity,” study researcher and psychologist Deborah Custance said in a statement. “The fact that the dogs differentiated between crying and humming indicates that their response to crying was not purely driven by curiosity. Rather, the crying carried greater emotional meaning for the dogs and provoked a stronger overall response than either humming or talking.”

Although this is compelling evidence for a dogs ability feel empathy for human suffering there is no hard scientific evidence to support this claim. In 2006, a study was designed to have dog owners fake having a heart attack or be pinned underneath furniture but the dogs failed to go for help. Custance and Mayer decided on using a more simplified test for the dogs and claimed that the other study was too complex. Their study consisted of 18 common breed pet dogs and their owners to see if the dogs would respond to crying.

The study took place in the owner’s home and of the 18 dogs tested 15 approached the crying person and never the quiet person. “The dogs approached whoever was crying regardless of their identity. Thus they were responding to the person’s emotion, not their own needs, which is suggestive of empathic-like comfort-offering behavior,” Mayer said in a statement. “We in no way claim that the present study provides definitive answers to the question of empathy in dogs,” Mayer and Custance wrote. I am sure there are many dog owners that have compelling stories about how their pet comforted them and truly seemed to understand what they were going through in a time of great stress. Hopefully this study will generate interest in further research into what dogs feel emotionally.