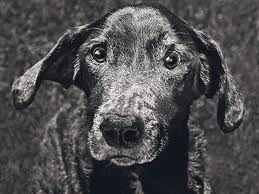 Irvine, CA – Pets get Alzheimer’s disease just like humans do but the good news is that moderate exercise is not only great for your pet’s body but their brain as well. By taking dog or cat for a walk each day you would be protecting your pet and you from Alzheimer’s according to Carl Cottman, director of Alzheimer’s Disease Research at the University of California-Irvine. Cottman says regular moderate exercise turns out to be healthy for our heads as well as our hearts. And the same goes for our dogs.

Alzheimer’s disease is referred to as cognitive dysfunction also known as CD. It is a common condition in humans and so it seems, also in pets.

“It’s always been there,” says veterinary behaviorist Gary Landsberg of Thornhill, Ontario, director of veterinary affairs at Cancog Technologies. “Our pets are living longer, and we’re learning much more about identifying cognitive dysfunction.” Landsberg is now researching the disorder in cats. Having Alzheimer’s disease detected in your pet early is very helpful but can be difficult. Landsberg says the first signs are typically changes in social interactions, which tend to be more subtle in cats.

“Cognitive dysfunction is a diagnosis of exclusion,” says veterinary behaviorist Nicholas Dodman, editor of Good Old Dog. Pet owners and their veterinarians need to rule out medical problems first. Is the cat missing the box because of diabetes? Or is the dog walking into walls at night because of impaired vision? “What makes this complicated is sometimes there is a physical problem as well as cognitive decline,” Dodman says.

Some of the symptoms of CD in pets include disorientation, changes in behavior or becoming withdrawn, sleeping problems like yowling or pacing at night for no reason and soiling in the house.

Leading a lifetime of activity and learning can help minimize and protect pets from CD. Jeffrey Kaye, director of NIA-Layton Aging and Alzheimer’s Disease Center at Oregon Health and Science University in Portland, is chair of a technology task force for the Alzheimer’s Association. “Certainly, there’s something to all this,” he says. “There are studies in people, but it’s a challenge to conduct them because you can’t control what people do and the circumstances which occur in their lives. In dogs, studies are easier to control.”