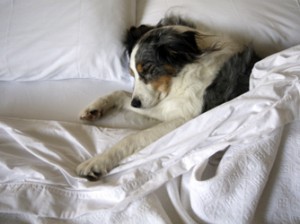 Atlantic City, NJ – For the first time ever, one Atlantic City Casino has opened its doors and rolled out the red carpet, inviting your dogs to vacation with you in your hotel room.  On February 24, this long awaited development became a reality, with the Showboat Casino setting aside 9 rooms under their Pet Stay Program, allowing up to 2 dogs per room, with access to the lobby as well.  The casino is still off limits to the canines, as is as the spa, food and beverage areas, and retail shops.

Your dog will be treated like a true vacationer, with several canine-friendly in-room amenities including food, a water bowl and a mat.  Showboat Atlantic City features a designated PetStay area within the hotel, equipped with welcome packets that direct guests to outdoor relief areas and dog walking routes.  Available nearby are additional pet services such as grooming and veterinary care.

Phyllis Pette, Manhattan based vacationer, checked in Thursday with her 10-year-old male Maltese, Baci.  She told The Press of Atlantic City, “I honestly never thought the day would come.”  Pette explained that she normally has to leave Baci at home when she travels.  “My parents and I alternate.  We travel in shifts because we don’t want to leave the dog home alone,” she said.

With the roll out of the Pet Stay Program, Showboat Atlantic City expects an influx of business, attracting an entire market that was otherwise unattainable; vacationing pet owners.  According to a report on PressofAtlanticCity.com, Showboat Casino Hotel will become the city’s first casino to allow dogs to stay at the hotel, in an attempt to boost Atlantic City’s struggling gambling industry.

Five-year-old female Shih Tzu, owned by Melvyn Meszaros and his wife of South Amboy, were also one of the first four legged guests on Thursday.  “My wife has been coming to Showboat for 20 years, but we could never bring our dog.  We would always have to get a babysitter,” Meszaros said.  “But now we can all come here.  It’s like killing two birds with one stone.  It’s so cool.”

Owners traveling with a dog pay an additional $40 per night for designated pet-friendly hotel accommodations at Showboat Atlantic City, and so far each guest claims it was more than worth it.