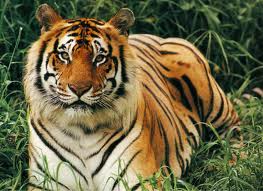 Pennsylvania is considering joining the ranks of the many States that have adopted strict exotic pet laws that are designed to protect the public in the event these animals were to get loose. We are not just talking about cute little furry animals but lions, tigers, coyotes, bears, bobcats, leopards, cougars, cheetahs and primates.

The Human Society of the United States is asking the PA Senate to pass a bill that would stop the possession of these dangerous animals.

Currently, it is legal to own and keep a wild pet in Pennsylvania provided you have purchased the appropriate permit(s) for the Pennsylvania Game Commission. You don’t even have to notify your neighbors, police or the local schools in your area that you have a potentially dangerous animal on your property. According to the Humane Society, no one is keeping tabs on the situation

According to the Humans Society, while conducted an undercover investigation they uncovered the dangerous breeding of wild animals, tiger deaths and problems involving the public by a company called GW Exotic Animal Park in Wynnewood, Oklahoma.

In 2008, GW Exotics shipped two 11-week-old tiger cubs to the Genesis Wildlife Center in NayAug Park in Scranton, Pennsylvania…about a year before GW Exotics closed down. “The tigers from GW Exotics may now be living in a Pennsylvania backyard,” said Sarah Speed, Pennsylvania state director for the Humane Society. “We should not wait until another tragedy occurs before adopting strict standards in the law. Pennsylvania’s lawmakers should act swiftly to pass this bill to protect residents and prevent animals from suffering in backyards and basements.”

There have been reported attacks in the past that make this legislation important for public safety reasons. In 2009, Kelly Ann Waltz of Monroe County, Pennsylvania was attacked and killed by her pet bear while cleaning the bear’s concrete enclosure. Waltz also had permits to own a Bengal tiger and an African lion.

Earlier, APN reported that Ohio is also considering legislation that would ban the possession of dangerous wild animals. The Pennsylvania House Bill 1398 is being sponsored by Representative Edward Staback, D-Lackawanna/Wayne Counties.