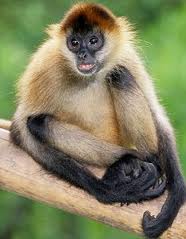 Columbus, Ohio – The Senate hearings on the proposed bill to strengthen existing Ohio laws regarding ownership of exotic pets is heating up. The hearings have been packed with exotic pet owners that like the existing laws and hope they remain as some of the most unrestricted in the nation. Lawmakers have been receiving phone calls and letters on the matter from an exotic pet owners group of over 8,000 members who have pets as exotic as Bengal tigers and black-handed spider monkeys.

After Zanesville, things just kind of blew up,” said Polly Britton, a lobbyist for the owners association. “Our strategy has had to change.” The proposed bill would ban new ownership of exotic animals but would allow for existing exotic pet owners to obtain a new state issued permit and insurance.

There will probably be additional conditions which exotic pet owners will need to meet as well. Fees for the permits could range from $100 to $500 and required insurance policies that could reach upwards of over $1 million depending on what and how many exotic animals the policy covers.

“We’re looking for a bill that’s fair and consistent,” Britton said in a recent interview. “Everybody from the public zoos to the private, non-commercial owner should have to meet the same requirements, so that these animals can’t get out and hurt anybody. The list of amendments would be so long, we don’t think all of them would get passed and if they aren’t all passed, than the bill is still unacceptable.”

It seems a little unfair, according the group, that all exotic pet owners in Ohio should be punished because of one accident. Gary and Janet Campbell are among the group that has called on lawmakers to rethink the bill. The couple, living in Logan Ohio, has three capuchin monkeys and a black-handed spider monkey. “They have a wonderful place here,” Janet Campbell said. “They are happy here. If they are going to start charging me $1,000 a year, that takes away from the care I’m giving them now and that upsets me.”

The bill sponsor State Senator Troy Balderson of Zanesville, says that the concerns of the exotic pet owners will be taken into account. A review of the proposed permit fees and insurance the bill would make mandatory will also be taken into consideration. The State Senate has held several hearing and more are expected.