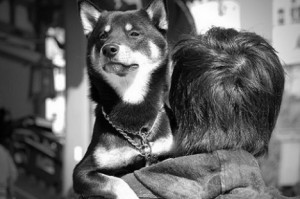 The tragic earthquake and tsunami that recently devastated parts of Japan has left countless people, families, as well as pets, completely homeless.  Japan happens to be an animal loving country, so it’s no surprise that animal welfare groups have teamed up to provide help to the estimated thousands of dogs, cats, and other animals that were injured or are now without their owners.  In addition to the the rallying of animal welfare groups, relief organizations worldwide are responding to the catastrophic event to provide the animals with temporary housing and medical attention.

The organization known as ARK, Animal Refuge Kansai, has already made preparations to assist with the animals.  Elizabeth Oliver who chairs the group said, “Here at ARK we are preparing for what might be a huge influx of animals.  We already have some facilities in place and a team of experienced staff able to deal with traumatised animals.  We may have to build emergency shelters as well.”

Although Japan is no stranger to earthquakes, nothing had prepared the nation for such a devastating outcome.  ARK, which has locations in Tokyo and Osaka, is the same organization that took in 600 dogs, cats, rabbits, and birds after the Great Hanshin earthquake in 1995, providing relief, comfort, medical attention, and a home.  Oliver goes on to explain that it will be more difficult than anything they’ve encountered before.  “The logistics of getting animals from the Tohoku/Sendai area is immense since roads and other transport links have been cut and may take time to restore.  Our only means to get animals down to Osaka may be by helicopter, which was one method we used after the Kobe earthquake.”

The Humane Society International has deployed disaster response staff to the Japan and has reached out to Japanese partner organizations involved with animal care and rescue to identify where and how best to provide emergency support and veterinary attention.  Their mission is to provide aid to various Japanese organizations, supporting their efforts to assess the scope of the disaster’s impact on animals, to purchase and transport essential supplies, and to establish appropriate shelters and other needed bases of operation in or near the strike zone.

While efforts are mainly placed on tending to the people affected by a natural disaster, it is no surprise that so many animal welfare groups and other organizations rally together to provide as much assistance as possible.  In order to donate to any of the organizations, click on their link.  Relief efforts in Japan will continue, and displaced animals will one by one have a new future to look forward to.