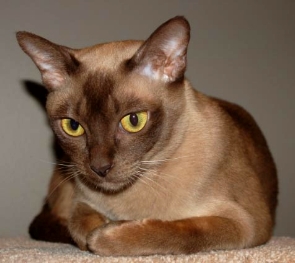 Pet lovers across America are generally known to be happier people, but what if you are among the percentage of people who are afflicted with allergies, making it difficult to have a pet of your own?  If you long to bring a cat into your family, you are in luck, as research suggests there are a few types of felines that are better suited to people with allergies.

One possible option is a Siberian Cat, in which breeders have noted are less likely to trigger allergies, due to the findings of relatively low levels of the protein in the cats saliva that causes the symptoms.  Jen Van Horn Jeffers, New Hampshire resident, has suffered the classic allergy symptoms for years.  Picking up most cats left her with a combination of hives, shortness of breath, itchy, watery eyes, and a scratchy throat.  But surrounded by about 20 Siberian cats at a breeder’s home, her symptoms were absent.  “I couldn’t believe it,” says Jeffers, 37, who recently purchased her second Siberian.  “I love cats.  When you’ve never been able to have one, it’s like ‘Wow, this is so cool.’ ”

Some people with allergies have been known to tolerate the Sphynx, a cat distinguishable by its lack of a typical coat of fur.  Because this type of cat needs to be bathed or wiped down frequently, its allergen-carrying dander is reduced, says Lorraine Jarboe, DVM, president of the American Association of Feline Practitioners.  A particularly notable characteristic of a Sphynx is they tend to cuddle up and sleep with their owners under the covers because of the lack of warmth that fur gives to other cats.

Other breeds that are better suited to cat lovers with allergies include the Cornish Rex and Devon Rex.  These cats are thought to be less allergenic because they have less hair to shed, resulting in fewer saliva-coated particles in the air.  The Cornish Rex is one of the few breeds which enjoy the crowds and excitement found at a cat show.  Where other cats are frightened or annoyed by people and the noise, the  Cornish Rex watches with interest.  They are extremely affectionate and people-oriented, and are active cats whose kitten-like antics last for their lifetime and who can be very inventive in their play.

It is important to remember that each person will react to each cat differently, as each person’s immune system is different.  Maeve O’Connor, MD, an allergy, asthma and clinical immunologist in Charlotte, N.C. says, “One person can hold a cat and have no symptoms, while another has an asthma attack standing near a person with cat dander on his clothes.”  Robert Zuckerman, MD, an allergy and asthma specialist in Harrisburg, Pa. adds, “Some cats secrete less of the protein, some cats put out less saliva, and some cats produce less dander.  But all cats make the allergen in some form, and a tiny amount can cause a lot of symptoms, depending on how clean you keep your house and how often you’re around the animal.  Even a cat that has a little bit of allergen can cause allergies if you have enough exposure to it.”