Home Animal Welfare Goldfish Could be Banned in San Francisco 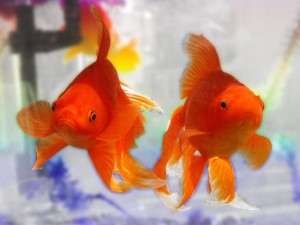 San Francisco, CA – The San Francisco Animal Control and Welfare Commission is suggesting a citywide ban on goldfish, guppy, and tropical fish sales in an attempt to prevent “impulse buys,” which many times leads to the animals being left at shelters or dropped off in the wild.  The goldfish ban would be in addition to the already proposed bill suggesting that the sale of small animals such as hamsters, guinea pigs, puppies, and kittens be restricted.  A representative explained, “Most fish in aquariums are either mass bred under inhumane conditions or taken from the wild.  That leads to devastation of tropical fish from places like Southeast Asia.”  The overall goal of the proposed bill is to make it harder for puppy and kitten mills to supply pet stores.

The commission’s ban would cover pet stores and breeders within the San Francisco borders, but at this point is not expected to pan out.  Commission member, Philip Gerrie, said, “goldfish, guppies and other tropical fish were added to the proposed ban because the ‘inhumane suffering of fish’ and the way the fish are harvested.”  Gerrie goes on to say, “It causes animal suffering, whole reefs and ecosystems are being exploited for whatever might be marketable or sellable.”

The proposed ban of goldfish has pet store owners in San Francisco completely dumbfounded, raising concern about how the ban would impact the sales of small animal.  Not all small animals are impulse buys, some families actually want to keep these as pets to teach their children what it is like to care for an animal.  Ocean Aquarium owner Justin Hau said, “The city is taking more and more control, they are very stupid.”

The suggestion from the commission to ban goldfish, guppies, and tropical fish might not achieve the desired outcome with the Board of Supervisors.  Supervisor Sean Elsbernd says he has doubts the new proposal would pass, calling it “another Animal Welfare idea that will end up in the dustbin of history and go absolutely nowhere.”