Home Animal Welfare Golden Retriever’s Life Will be Spared, Thanks to Supporters 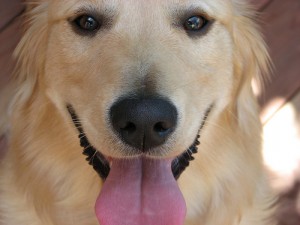 Freetown, MA – It’s a happy day for one golden retriever in Freetown, as well as the thousands of supporters who came to his defense when the news broke that he was scheduled to be euthanized.  It was announced last week that Skippy’s life will be spared and could be released as early as Friday into the custody of the Center for Animal Rescue & Education South Coast in New Bedford, Ma.  Currently, Skippy is being kept at the Lakeville Animal Shelter, where he’s been for the last two months.

Jonathan Stone Rankin, of The Animal Law Offices, and Freetown lawyers have come to a verbal agreement and only need to sign off on the documents allowing Skippy to start the next adventure of his life.  Skippy’s life was turned upside down in January, when “selectmen voted to euthanize him after he twice, within two months, allegedly attacked owner Thomas Locke’s 1-year-old granddaughter in their home,” said Ruth Marshman, a member of CARE South Coast’s Board of Directors.  “After an attack in December and a call to the police by the child’s mother, Skippy was seized by the town and brought to the animal shelter.”

As news of Skippy’s story spread, supporters from all over joined together in an attempt to spare the retrievers life, even creating a group on Facebook that collected 5600 people.  One of the points that finally hit home was the doubt shed on the validity of the “attacks”.  “Skippy might have been provoked by the girl, who lived there and often antagonized the cat,” according to Locke.  Supporters also noted that the child and the dog were not always well supervised.

After all pieces of information were considered, the decision was to cancel the scheduled euthanizing, and place Skippy into the custody of CARE.  Once there, he will be neutered and evaluated by an independent animal behavior specialist to determine his temperament.  “Pending a successful evaluation, Skippy will be placed into a foster home and CARE South Coast will then carefully screen potential new owners before selecting the appropriate home for Skippy,” said Marshman.