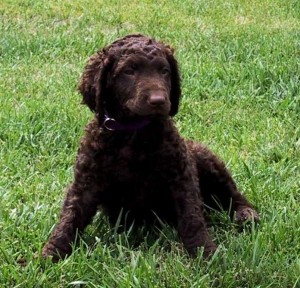 The American Kennel Club has the distinguished honor of determining which dogs breeds are officially recognized, naming six in the retriever category.  To the common pet owner, each of the six breeds of retrievers may look similar, but rest assured there are distinct differences that set them apart, like color, body type, weight, and body style.  The most widely known in this category is the Labrador Retriever, and according to the AKC, is the most popular among pet owners in America.

The Labrador Retriever breed consists of three varieties, distinguished by their colors.  They are the Black Labrador, Yellow Labrador, and the Chocolate Labrador Retriever.  The Yellow Labrador is the most distinguishable of the three due to the dogs natural wheat color, which can vary from very light to deeper shades of yellow, and are sometimes referred to as “golden” in color.  The Chocolate and Black Labs are similar in color, with the Chocolate Labrador being slightly lighter and richer in the brown coloring.  Both breeds colors are solid, and may have small dashes of white on the chest.

According to the American Kennel Club, the second most popular dog breed in America is the Golden Retriever, and is recognized by its golden-yellow coloring.  The colors of the Golden Retriever can range from a light cream to a rich, dark-red gold.  The length of fur will vary, growing shorter on the hunting retrievers, and longer on the dogs who are placed in shows to compete for “best in” groups.

The fifth retriever breed recognized by the AKC is the Chesapeake Bay Retriever, who’s colors are supposed to blend into the surroundings where they hunt.  The colors of this breed are any shade of brown, along with colors that can be thought of as dead grass.  Although the description of the Chesapeake Bay Retriever sounds dull, the personality of this breed is not.

The most recently recognized retriever breed by the AKC is the Nova Scotia Duck Tolling Retriever.  They are a medium sized dog with a coat similar to the golden retriever, but they can come in any shade of red, and can often be found with white markings.