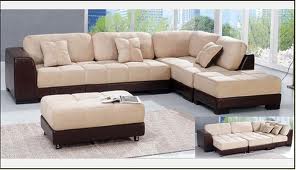 There is a growing concern that toxins from flame retardant chemicals are not only dangerous to humans but even more dangerous to pet dogs.  “The problem is that these toxic chemicals don’t stay put in these products: they migrate into house dust and on to clothing, our skin, and pets” Said Senator Mark Leno (D-San Francisco).

According to a study published in the journal of Environmental Science and Technology by scientists at the Indiana University, toxic flame retardant chemicals have been found in the blood stream of pet dogs to be five to ten times higher than in humans. The study found that flame retardant compounds used to treat polyurethane foam to withstand at least 12 seconds of open flame called polybrominated diphenyl ethers (PBDE) are widely found in furniture and electronics equipment and can migrate out into our environment affecting our children and pets welfare.

“Our young children whose bodies are still developing and our firefighters who risk their lives to save others are unnecessarily exposed to high rates of toxic flame retardants that have been linked to cancer, infertility, and learning disabilities,” said Senator Leno. ”

“Even though they’ve been around for quite awhile, we don’t know too much about these compounds’ toxicological effects on humans or animals,” Marta Venier, a research scientist in the School of Public and Environmental Affairs, said. “The bottom line is that we still need to keep measuring them, particularly in homes.”

Researchers studied 17 pet dogs that live primarily indoors and analyzed their blood to find that the average concentrations of flame retardant chemicals was 2 nanograms per gram or about 10 times higher than in humans from the few studies that have been conducted. PBDE’s have been linked to lower IQs in children, reduced fertility in women and decreased sperm counts in men and we can only imagine what the increased concentrations are doing to our pets. Many States now have bans on the use of PBDE’s as have entire European Union.