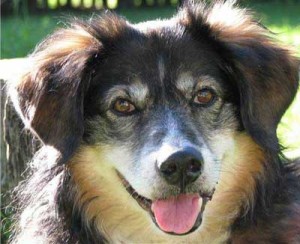 Fort Collins, CO – New Belgium Brewing Company of Fort Collins Colorado and Outside Magazine have teamed-up to host a Mighty Arrow Facebook page that allows users to upload images and videos of their dogs for the opportunity to win prizes such as recycled plastic Frisbees, dog collars made from recycled tire tubes or a year’s subscription to Outside magazine. The contest is named for the Brewing Company’s Mighty Arrow Pale Ale that is in its third year as the brewery’s spring seasonal release beer that was created as a tribute to New Belgium Brewing Company’s CEO Kim Jordan’s Aussie/border collie mix named Arrow.

Over the next six weeks, one winner will be chosen per week. In addition, the New Belgium Brewing Company and Outside Magazine will donate $1 for everyone who participates up to $10,000, to The Human Society of the United States. Already there have been 1,000 uploads to the page as of last week.

“Mighty Arrow Pale Ale has always paid respect to the deep friendship between people and dogs, and this is an online celebration of that mutual love,” said Bryan Simpson, New Belgium spokesman, who noted they approached Outside about the partnership after users started uploading photos of their dogs on New Belgium’s Facebook page last year in honor of the beer, which features a dog on the label.

“Promotion of New Belgium Brewing’s spring seasonal Mighty Arrow was a natural partnership. The Outside audience is passionate about adventures with their dogs and enjoy celebrating, after a great day in the outdoors,” said Cici Shick, associate publisher of Outside, in a prepared statement. “This program reaches our dog lovers wherever they may be interacting with Outside – in the magazine, on Facebook or on our iPad app.”