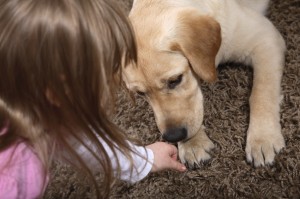 Orlando, FL – A much anticipated shelter will be opening in a few months to house pets that are victims of their owner’s domestic violence disputes.  It will be called Paws for Peace Kennel and it’s the first of its kind in Central Florida.  In fact, there are only a few animal shelters designed for this purpose across the United States.

Paws for Peace Kennel at Harbor House is currently under construction with an expected completion date of October 3rd.  It will also include a donation center that will house items for residents of the emergency shelter.

“This is a huge day.  This has been many years in the planning.  We’re very excited.  We’re planning our ribbon cutting for Oct. 3, and we’re just bringing people in for a sneak peek so they can see how it’s coming along and show them our vision,” said Harbor House CEO Carol Wick.

Why a Paws Kennel?

So often times when families have to leave their home because of domestic violence, they are forced to leave their pets behind.  That’s where the kennel at Harbor House comes in.  Now there will be a place where pets are welcomed too and will no longer have to endure the effects of household violence.

If you want to donate to the Paws for Peace Kennel, visit their website or click here.