Home Uncategorized What is the Most Diverse Animal Organ? 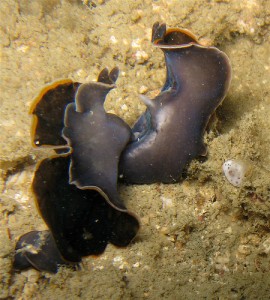 They’re bigger, they’re stronger, and some of them come in multiples. Some animals use them to hunt, swat flies, or grope things. Some animals even shed them entirely and grow another. Yes, the penis is a versatile organ, far more so than human experience would lead most of us to believe. In fact, it could even be considered to be the most diverse animal organ. The animal kingdom, from insects and worms to the mighty elephant, shows an extreme amount of versatility and range in the genital region.

Flatworms may be small but they have mighty genitalia. These worms are hermaphroditic, which means that they have both male and female sex organs. Two worms will face off and literally fence with their penises. They stab at each other with the organ. The winner is the one whose stab penetrates the other, depositing his sperm. The loser has to carry the eggs to term. Their penis is so powerful that they have been known to use it when hunting prey.

Does size matter? Some animals appear to believe it does. The bushcricket’s testicles represent 14% of its body weight. Meanwhile, the poor carabid beetle generally only has one testicle. It isn’t just insects that have these unique traits though. The Argentine bluebird duck has a corkscrew shaped penis. Most birds species, don’t have penises at all, they reproduce by rubbing cloacas together and depositing semen in the female. Not only does the 16 inch tall bird have a uniquely shaped penis, it is also 17 inches long. That’s longer than it is tall.

Of course if size is everything, than the elephant wins with a penis that can be four to five feet long. Proportionately, the elephant isn’t longer than the Argentine bluebird duck but the duck can’t claim that his penis is so strong that it can knock a grown person to the ground. Elephants have actually been known to use their penis as a support structure or to swat away flies. It is a very flexible organ, although not as flexible as the dolphin`s hand-like penis which swivels around and can actually grope things.

For some, it isn’t about size, it is about quantity. The python, as well as some other lizard and snake species, sports what is known as a hemi-penis. It is actually split in two and the snake can alternate between the two halves during intercourse. Not to be outdone, the echidna (spiny anteater) has a penis with four heads, all of which secrete semen. Only two can fit into a female at a time though. Many sea turtles, including the leatherback, feel it is best to combine the two strategies. An eight foot long leatherback will have an approximately four foot long penis which in turn has five heads that can send semen in four different directions.

The sea slug (Chromodous reticulata) has a retractable penis. After copulation, it is generally slow to retract and often gets discarded along the way. It has done its job, so there`s no point in dragging it around. Amazingly enough, within twenty-four hours, the sea slug grows another fully useable penis.

Female spiders are famous for eating their mates. In an effort to avoid being on the menu, the orb spider actually detaches his penis from his body once he begins to copulate and makes a run for it. The majority of the time, she still catches and eats him but it was a good try.

No one can say that the penis is a dull organ. The extreme amount of variety in morphology, size, usage, and disposability of the penis in nature is fascinating. If versatility is king, then the penis is certainly the royalty of organs.