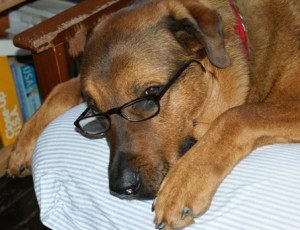 It can be a difficult day for any college bound student to have to leave the pet that they grew up with at home with their parents, simply because the college doesn’t allow pets.  Because it is such a concern for so many people, especially people who don’t have someone to leave their pet with, we wanted to let you know about the top 10 colleges where your pets are welcome to live with you and enjoy your new found student life and freedom.

1. Case Western Reserve University, Ohio
Students in a fraternity or sorority are mainly the ones who are able to have a house pet.  It would be considered mascot!  In addition to the Greek life mascot, Case Western also allows small, caged animals, such as rabbits, hamsters, or gerbils.

2. Eckerd College, Florida
Students are permitted to have cats and dogs under 40 pounds, as well as fish and snakes, in three of the student complexes.

3. Lehigh University, Pennsylvania
Similar to Case Western, students that partake in Green life may apply for a house mascot, whether it be a cat or dog.  Students are also permitted to have 10 gallon fish tanks in the residency halls.

4. MIT, Massachusetts
Students are permitted to bring one cat into their dorm in the residency halls, of which there are four cat-friendly dormitories on campus.  The cat must remain in these designated areas, but at least you won’t have to leave home without them!

5. Principia College, Illinois
This college allows pets that can be kept in cages or aquariums, such as fish, birds, snakes, lizards, or other small animals like hamsters or gerbils.

6. Stephens College, Missouri
There is one complex on this campus called Searcy Hall that allows a variety of pets, including dogs, cats, lizards, birds, and more.  There is no weight limit for animals, and there is even a Doggie Daycare for those times when students aren’t around to care for their pets.

7. Stetson University, Florida
This University provides one complex called Nemec Hall, for students with pets.  The residence hall is open to dogs weighing less than 30 pounds, as well as cats, hamsters, gerbils, and other small animals.  There is also a dog park on campus that allows dogs to socialize and interact with one another.

8. Sweet Briar College, Virginia
This college doesn’t allow cats and dogs, but does encourage you to bring your horse, however you must be a part of the Sweet Briar Riding Program.  This programs also allows you to have your personal horse boarded right there with you.

10. Washington and Jefferson College, Pennsylvania
This college provides one complex, Monroe Hall, that allows cats, dogs that weigh less than 40 pounds, small birds, hamsters, gerbils, guinea pigs, turtles, and fish.  There is only one pet allowed per room, so potential roommates should know ahead of time who’s bringing a pet.

While not many colleges allow cats and dogs, a few of them do and that could make all the difference when it comes to a student deciding where to spend the next chapter of their lives.