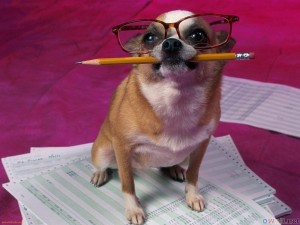 It has officially been proven that dogs do in fact recognize their owners faces, as well as facial expressions, revealed in a study led by Paolo Mongillo from the University of Padua in Italy.  Although this may not be a new idea to some, this is the first time an experiment has been conducted to prove the notion.  The team of scientists conducted the experiment to measure a few things; how much the dogs prefer to gaze at and follow their owner rather than a stranger, how dogs have difficulty recognizing their owners when their faces are covered, and how the age of dogs plays a part in the recognition.

Dr. Mongillo explained that, although many researchers have studied how dogs interact with humans, no one had yet investigated how the animals focused on one person in preference to another – or just how much companion dogs “prefer” their owners, such was the reason for inventing this experiment.

The first part of the experiment involved a dog and its owner, as well as someone unfamiliar to the dog.  “We instructed the owner and the other person to walk across the empty room several times,” explained the scientist, “the people walked in opposite directions, so they crossed many times in front of the dog and we measured how long the dog looked at one person versus another.”  The team of researchers then instructed both people to leave the room through separate doors, allowing the dog to then approach a door of its choosing.  This process was repeated for many sets of dogs and their owners.  Dr Mongillo revealed that most of the dogs gazed at their owners for most of the time and then chose to wait by the door of its owner.  He described this as an “expected” result, but something that no one has actually measured before.

During the second phase of the experiment, which was conducted to further prove the dogs recognition of its owner, both the owner and the unfamiliar person were asked to cover their heads, allowing only their bodies to be seen by the dog.  The process was repeated as in the first phase of the experiment, where both people walked across the empty room many times in front of the dog.  Not surprisingly, the dogs were much less attentive to their owners, proving in a measurable way that dogs rely on the faces of their owners in order to recognize them (provided no sounds are made).

The third phase of the experiment involved dogs of a variety of ages to show what part age plays in the recognition of their owners faces.  The study concluded that “aged” dogs (seven years and older) were less able to focus on their owner and also were less likely to choose the owner’s door.  “There have been studies to show that dog ageing is similar to human ageing in terms of cognitive impairment,” said Dr Mongillo, leading to the fact that studying ageing in dogs could help our knowledge of human as well as animal age-related diseases.