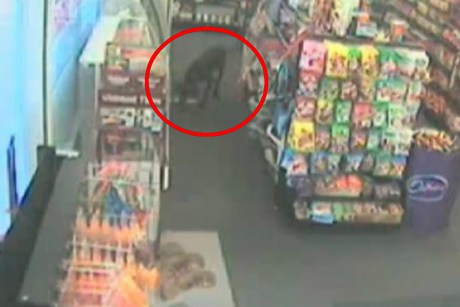 The last few weeks have seen numerous examples of dogs coming into the public eye with stories that have gone viral. From Oscar the shoplifting German Shorthaired Pointer, to Charles the Monarch, who was the reason behind numerous 911 calls; the popularity of dogs in the media continues to grow.

Recently, a ten year old, German Shorthaired Pointer named Oscar decided to go shopping. His first adventure was caught on surveillance tape. He wandered into the Alray Dairy in Invercargill, New Zealand where he went over to the meat counter where he helped himself to a $5.40 dog meat roll before leaving. Shoppers can be seen gaping in astonishment on video as he leaves the store. Although store employees quickly gave chase, all that was found was an empty meat wrapper.

If at first you succeed … A few days later Oscar returned. This time the employees caught him. Noting that he was quite thin and obviously hungry, the staff bought him some more food and fed it to him while awaiting animal control. Oscar is currently residing in the local dog pound where he will stay until his owners can be located. If no one claims him, he already has a huge list of people who have offered to adopt him.

Meanwhile in Virginia, police received several 911 calls about a young lion roaming the streets near the local zoo. Thankfully, this “lion” is a well known local celebrity and after a few quick calls to the zoo to ensure all their felines were accounted for, the officers were able to reassure the callers that they had just seen Charles the Monarch. 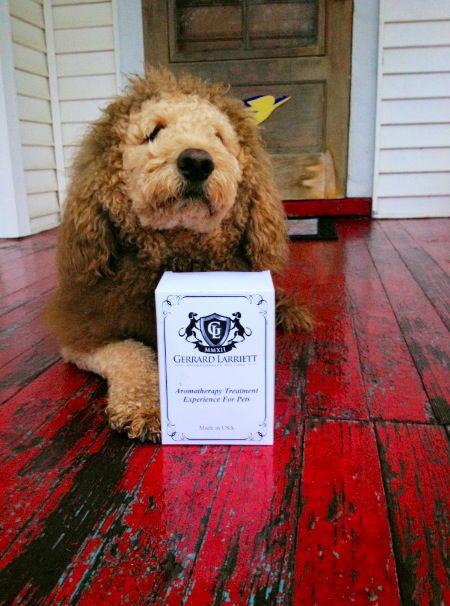 Charles is a three year old, yellow labradoodle from Norfolk, Virginia. His owner, Daniel Painter, is a small businessman in town and frequently brings Charles to work with him. Mr. Painter is also an avid football fan and loves the Old Dominion University team, whose mascot is a lion. A few years back, the Painter family decided to have Charles groomed like a lion. As a labradoodle, Charles’ coat grows profusely and requires regular grooming to keep it in check. The groomer trims his coat back except his “mane”, which is dyed a darker brown to add to his lion-like appearance.

Charles the Monarch and his family are a common site at tailgating parties for the Old Dominion team games. There, Charles is referred to as the mascot’s mascot. Together, they have made numerous appearances. Charles has his own fans with a Twitter following of 1,100. He also has his own Facebook page where he admits that he really likes to party. His page has over 52,000 likes.

Although this is not the first 911 call that Charles has inspired with his lion-like features, it is unusual for there to be so many and the location he was seen – near the local zoo – caused an extra bit of panic. Luckily, the friendly pooch is quick to make new friends.