Home Animal Welfare “Safe Haven” Not So Safe For Rabbits 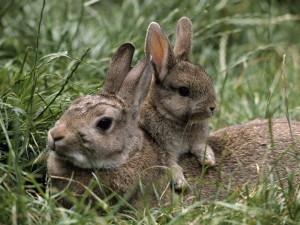 Long Beach, CA – For well over 30 years, the Liberal Arts Campus of Long Beach City College has been somewhat of a “dumping” ground for rabbits, gaining a reputation as a safe haven.  What started as a natural wild rabbit habitat, is now becoming overrun with pet rabbits that should be enjoying a loving family.

“People are under the false impression that LBCC is a safe haven for rabbits so they tend to drop them off when they are no longer wanted as family pets,” said Jacque Olson, a LBCC employee who has provided care for the rabbits for years.  She goes on to say, “Unfortunately, the rabbits live in unsafe conditions and are injured and preyed upon by predators because they were bred to be pets.”

Each Easter season, the campus experiences a rise in the number of rabbits that are abandoned, left to fend for themselves.  Students, faculty, and staff of LBCC have joined forces with Best Friends Animal Society and The Bunny Bunch, two well-known animal advocacy groups, to design the college’s response to rabbit over-population.  The task force collected more than 300 rabbits from the campus to be spayed and neutered by veterinarians from Western University of Health Sciences, in an effort made to control the population.  The rabbits were then safely transported to the veterinary facilities to undergo post surgical recovery care.

“LBCC is a fantastic example of a community of people working together using a humane approach to a domestic-feral population,” said Debby Widolf of Best Friends, “It is a model of kindness that other institutions should follow if faced with similar issues.  I look forward to working with the Task Force to find appropriate homes for as many rabbits as possible.”  The college is trying to raise awareness of the overpopulation problem, mainly in an attempt to prevent people from leaving the rabbits at the campus, thinking it is okay.

Raising awareness of the problem also brings consequences to individuals caught abandoning an animal on the campus, in the form of a $500 fine.  Signs are being installed and campus police officers are enforcing these local codes.  It is expected that these measures will reduce this rabbit population and raise awareness for would-be owners.