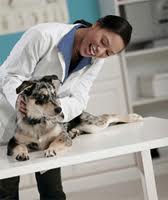 Pets can get heartworm no matter where they live in the United States. The parasite, which clogs the heart and looks like thin noodles on an x-ray, is transmitted by mosquitoes. That is why pet owners that reside in the southeast, especially those that live along the Mississippi River, need to provide their pets with heartworm preventive care throughout the year or face the risk of their pets contracting the parasite with potentially fatal consequences.

Veterinarians are still debating if heartworm preventive care is needed year-round in other parts of the country but no matter where you live you do need to protect your pets to some degree. “Pets in areas where heartworm is endemic not only need preventive medicine, but they should also be tested annually to make sure they don’t have the disease,” said Dr. Mark D. Kittleson, a veterinarian and professor in the Department of Medicine and Epidemiology at the University of California, “the test is done using a blood sample.”

Dr. Shelly Rubin of Chicago, a retired veterinarian and past president of the American Heartworm Society, advocates for treatment for dogs and cats every month no matter where they live. “We know heartworm exists in every single state, including Alaska and Hawaii,” Rubin said.

Holistic veterinarian, Dr. Marty Goldstein of South Salam, N.Y., said “the treatment should be used as sparingly as possible depending on your location. Toxicity from preventive drugs and even some vaccines are causing immune systems to fail in animals trying to fight threats like liver disease and cancer.”

What happens is that when a mosquito bites a heartworm infected dog and then bites another dog it transmits the heartworm larvae to the unsuspecting animal.

“The infection takes six months to develop and during that time, there are few clinical symptoms beyond a cough,” Kittleson said. “Most treatments involve arsenic-based drugs that slowly kill the worms,” Kittleson said. “Treatment involves three painful injections and six weeks of confinement for the pet, he said. Seventy to 80 percent of dogs that undergo the treatment survive, Kittleson said. Treatment can cost $1,000.”

Heartworm in dogs is treated using arsenic and is both expensive and painful for both the animal being treated and its owner. However, heartworm prevention medication cost around $6 to $7 per dose at discount online stores.”The preventive drugs are safe, approved by the Federal Drug Administration, and have few side effects,” Rubin said. “Some medications also prevent and control parasites like roundworm, tapeworm, whipworm, hookworm and fleas,” he said.