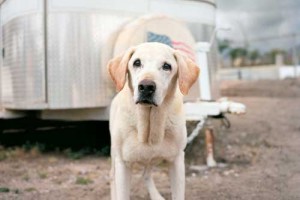 It has been just about ten years since the 9/11 terrorist attacks on the World Trade Center and the Pentagon, but none of the effects have been forgotten.  Since the tragedy, the University of Pennsylvania School of Veterinary Medicine has been conducting a study to measure the long term health impacts on the 95 search and rescue dogs deployed to provide their help.  The results of the Medical Surveillance Study are in and are surprisingly uplifting!

While many of the human rescuers sent to the World Trade Center, Pentagon and Staten Island landfills have developed respiratory health problems during the course of the decade, the search and rescue dogs did not show any signs of problems with their lungs or sinuses when compared to the control group of non-deployed search and rescue dogs.

Dr. Cynthia Otto, DVM, Ph.D., University of Pennsylvania School of Veterinary Medicine associate professor of critical care and principal investigator of the research said, “The most striking thing is that many of the humans that responded have developed reactive airway diseases, such as asthma, sinusitis or other chronic infections in their nasal sinuses.  The dogs on the other hand have fared extremely well.”  The study also found that the average lifespan of deployed dogs was 12.5 years, while non-deployed search-and-rescue dogs lived an average 11.8 years.

The study involved the handlers taking the search and rescue dogs to their veterinarian in order to have annual x-rays and blood taken, then submitting those results to Dr. Otto.  The handlers also submitted surveys on their dog’s health and behavior.  This information was compiled and brought about the idea that identifying respiratory genetic markers in dogs could actually lead to the development of treatments of respiratory ailments in humans.

“The findings may open our eyes to the difference between dogs and people that makes them so resilient,” Dr. Otto said.  “If we could tap into that, we might actually help move human health forward.”

This study was made possible with nearly $500,000 of financial support from the AKC Canine Health Foundation (CHF), a non-profit organization dedicated to helping dogs live longer, healthier lives by funding research that helps prevent, treat and cure canine disease.