Home Care & Health Prosthetic Limbs for Animals: How Does it Work? 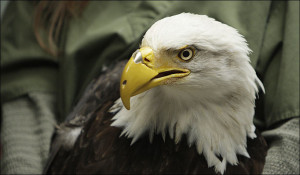 While many pets can manage remarkably well with only three limbs, losing more than one limb tends to pose a much more significant problem. In the past, the only solution was often euthanization. Companies like Orthopets are changing that by providing a variety of different prosthetic solutions for animals that have lost limbs, flippers, tails, and even beaks. The patients range from dogs and cats to bald eagles and elephants. Although the main recipients are cats and dogs, rehabilitation groups and aquariums have also used prosthetics to improve the quality of life of their charges.

Crafting a prosthetic limb for an animal can be a difficult process. Unlike, people they cannot indicate if the limb is comfortable and working well. Most animals will put up with far more pain than a person would in order to get things done but the goal is to provide a humane solution, not one that puts the animal in more pain or discomfort. This requires carefully studying how the animal uses the appendage and openness to different types of solutions.

Naki’o became the first dog to have all four limbs replaced by prosthetics. He had been abandoned during a cold winter and lost all four of his paws and part of the legs to frostbite. He was unable to walk at all and moved around by wriggling his body. He was adopted by a veterinary assistant who then did some fundraising, hoping to get him a pair of rear leg prosthetics to make getting around easier. Orthopets kindly made him a pair of front legs as well. Today, he runs, jumps, and plays like any other dog.

The goal of prosthetics is to allow the animal to resume normal activity. Sometimes, the lack of limbs is a birth defect as was the case with Hoppa, a dog born with no front legs. A set of wheels attached to his body by a harness now allows Hoppa to go wherever he pleases. Other times it can be the result of a fight with another animal. This was the case with Allison, the sea turtle. She was found missing three flippers. They appeared to have been torn off by another animal. With only one flipper, Allison could only move in circles. The turtle rehabilitation group that took her in had her fitted with a special rubber suit that provides her with a rudder to allow her to swim straight.

Sometimes, it is a manmade injury such as the loss of Beauty, the bald eagle’s beak to a gunshot wound. A special replacement beak was created for Beauty that allows him to eat like a normal eagle again instead of being completely dependent on someone hand feeding him. Some prosthetics may even allow injured animals to return to the wild eventually.

If you have a pet that has suffered a serious injury requiring the amputation of multiple limbs, discuss the prosthetic option with your vet. It may improve your pet’s quality of life at a remarkably reasonable cost.