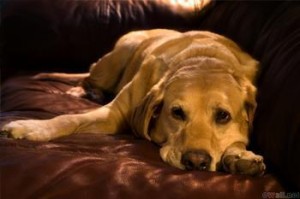 Dog psychology is a relatively new field that has many supporters and just as many who feel it is a fraud. The American Psychological Association (APA) defines psychology as the study of the mind and behavior. The study and practise of animal behavior is not that different. Animal behaviorists are considered a fairly reputable source of information to consult when you are having difficulty with your dog. Are dog psychologists just animal behaviorists going under a different name?

When people think of psychologists they tend to think of someone who listens to a person’s troubles and helps them find ways to handle them. Obviously dogs don’t curl up on the couch and pour their hearts out to a psychologist. But, paying attention to how a dog is behaving and knowing about their previous experiences through their owner can certainly shed light on how to solve issues.

Separation anxiety is a serious problem that some dogs suffer from. They cannot stand to be alone and tend to become extremely destructive in their attempts to get back to their people when left alone. They will injure themselves trying to get out of crates and the marks of teeth on doorknobs will indicate where they tried to follow their owner out the door. Dogs that have had multiple homes or spent long periods of time in a shelter where they get less human contact due to the worker’s busy schedules are much more prone to developing separation anxiety than a dog that has always had the same owner.

Of course, then there are those that take the concept of dog psychology a step further into a much grayer area. How you feel about that type of psychologist will likely depend somewhat on your views of homeopathy and other types of non-traditional therapies. Some swear by them and others dismiss them as a waste of money.  If they do no harm to the animal and it makes the owner feel better, it is a personal choice that may or may not be useful but is certainly not causing any further problems.

Where it can be harmful is when the owner puts all their faith in a therapy and ignores other behavioral issues that need to be addressed such as aggression because this is what their psychologist advises. If there is a problem that is not improving with your chosen form of therapy you need to be looking into other alternatives. Whether you employ the services of a dog psychologist or an animal behaviorist, if they help you develop a better relationship with your dog so that both of you are happier then they have done their job.