Home News House Pets Making The Most of Dog Poop – Heat and Energy! 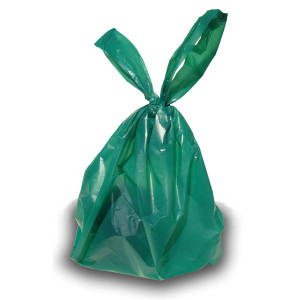 What’s your first reaction when you see (or even smell) dog poop. Maybe it’s “aw, crap.” Maybe you turn your head, and walk away. Or maybe, if you’re the unlucky sort, you saw it a bit too late, and now you’re hunched over with stick in hand trying to save your shoe from the evil brown monster that’s currently consuming it.

No matter what your reaction, it’s likely not the same as Gary Downie’s reaction. Downie, a Scotsman who was once a Manhattan banker, takes one look at dog poop and thinks GOLD.

Downier created a self-contained system, known as the Streetkleen Bio system, that turns canine excrement into methane, CO2 and fertilizer. These systems are capable of powering up to 60 homes, simply from a big pile of crap, literally.

This green initiative is set to launch in the UK in the near future as a pilot program, and will help put some of the 700,000 tons of annual dog waste to good use. Not only can these systems help reduce energy costs and our reliance on oil, but it will reduce the amount of time, money and energy spent sending these tons of dog waste into landfills.

How does Poopy Power work?

The system according to Downier, is completely odor free (I should hope so), and is designed to recycle the used plastic bag that the poop is stored in.

In this pilot program, the system will be used to heat a commercial greenhouse. “We’re going to grow Christmas trees, which can be donated to schools each year and then be returned to the greenhouse so they can grow up with the child,” Downie said.

Downie claims that his system can gobble up three tons of waste per day, which will create 200,000 kilowatt hours of electricity each year (which could power 60 homes).

Downie came up with this idea accidentally. One day he became so fed up by having to push his baby’s stroller through a poop-riddled sidewalk and park, that he thought, “There has to be something we can to with this crap.”

Lo and behold, he came up with a great idea. Will it take off? Perhaps to some extent. I’m not sure anyone is keen on shoveling dog poop back into their house in order to keep warm, but who knows? We also never thought we’d watch 3D from our living rooms, right?