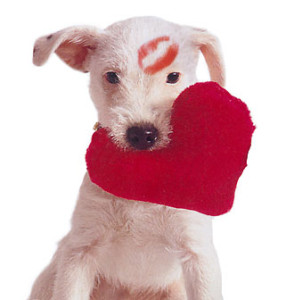 File this one under: we knew it was so.

The American Heart Association recently publicly released a statement declaring that pets, especially dogs, are good for a person’s heart. While this may not come as a surprise to many dog owners out there, having our belief backed by a respectable group like the AHA always feels good.

Dr. Glenn N. Levine of Baylor University has been quoted from the AHA as saying that dog ownership is probably linked to a decreased risk of heart disease.

So why is this so? One of the chief reason why is because dogs love to walk. In fact, many dogs will gladly bother their owners into going for a walk, to the point that even the laziest of owners will eventually give in. These walks add up, to our benefit. Research done by the AHA claim that dog owners are twice as likely to get the suggested amount of exercise, versus a non-dog owner.

But it’s not just about the walking. Dogs are believed to have a knack for relieving stress. Think about therapy dogs, many of whom we’ve seen in recent disaster areas including the Oklahoma tornadoes, Boston Marathon bombing, and Sandy Hook Elementary shooting. The very presence of a dog has been linked to lower blood pressure and stress levels. Petting a dog has shown to relax people in the most dire of disasters, so imagine what petting a dog could do for you in your normal everyday life.

Of course, for all of this support toward dog ownership, no one should go flying to their nearest dog shelter to find  a dog to save their life. No one is publicly stating that, without question, dog ownership will eliminate heart disease. However, as Levine states in this New York Times: “… there are plausible psychological, sociological and physiological reasons to believe that pet ownership might actually have a causal role in decreasing cardiovascular risk.”

In fact, there’s belief that rescuing or adopting a dog adds to the psychological benefits of dog ownership. The fact that we’re “saving” a dog, makes us feel good about ourselves. A positive self-image helps us to better cope with stressful situations.

But beware, couch potatoes! Getting a dog won’t erase all the harm you’re doing to your body if all you do is sit around eating chips and drinking soda. Dogs aren’t magicians, at least not yet. But for those of us who are active (perhaps as a result of our dogs), we can probably thank our pets for our healthy hearts.