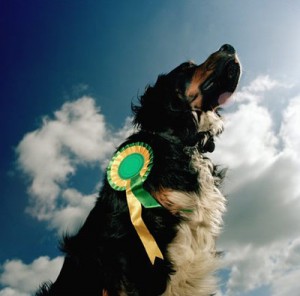 York, PA – The York Expo Center will be packed with dogs and their owners from all over the country to participate in the 4th annual Celtic Classic Dog Show, which will feature winners in best in breed, best in group, and best in show.   Members of the York, Lancaster and Delaware County Kennel Clubs organize and host this annual event, and are anticipating almost 8000 dogs to compete for top prizes.  The event will be held from Wednesday, March 16, to Sunday, March 20, in the Toyota Arena at the York Expo Center at 334 Carlisle Ave. in West Manchester Township.

Seven dog groups will be featured at this year’s Celtic Classic, including a herding group, a hound group, both sporting and non-sporting groups, a working group, and the always fun to watch toy and terrier groups.  The dogs will be judged on either their appearance and structure in accordance with the American Kennel Club breed standards, or every one’s favorite part, the rally, the completion of a course set up by an American Kennel Club approved judge.

Carol Dotts, president of the York Kennel Club loves this annual event, and will be showing her 4-year-old female Australian shepherd, Legacy Sky’s the Limit.  “I would like everybody to come out and see our sport,” she said, “there are some of the most gorgeous dogs from all over the country.  This is our fourth year, and it has really taken off.”  54 other members of the York Kennel Club will be showing their dogs as well.

The dogs and their owners are hard at work preparing for the event, and so are the many vendors that will be set up at the York Expo Center, as well as Old Main and Memorial Hall facilities.  The dog show also features information tables and heart and eye specialists to check the dogs.  “There will also be tours for the spectators,” said Marge Remolde, spokeswoman of the Delaware County Kennel Club.  “We explain to them what the judges are looking for,” she said.  “We point out the grooming, answer questions and try to make them feel welcome and enjoy their day.”

The Celtic Classic is successful in generating income to the area.  “The show brings in about $4 million annually,” Remolde said.  “People shop locally, purchase gift cards for prizes, they get food from local restaurants.”  Zach Chizar, spokesman for the York County Convention and Visitors Bureau, said “the Celtic Classic has been a very successful show in drawing crowds and extra dollars to the area.  It continues to grow this year, with the added dogs bringing in a larger audience as well.  That means a positive (financial) impact for hotels, shopping and restaurants.”

The events begin at 8:30 a.m. each day, with admission being $5.00 per person, and children under 10 are admitted for free.  The Celtic Classic Dog Show will be held from Wednesday, March 16, through Sunday, March 20, at the York Expo Center, 334 Carlisle Ave., West Manchester Township.