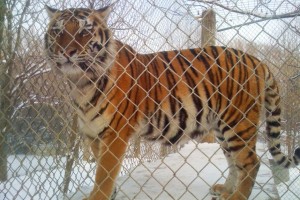 For some people, having a pet tiger as a companion isn’t an impossible dream. In the United States, legally owning a wild animal can be as simple as moving across the state line. Laws governing the transportation, ownership and maintenance of exotic animals are as diverse as the governments that create them.

While universal bans on dangerous exotic species make sense to many people, the situation isn’t so simple.  Having a wolf or cougar around the house may seem unnecessarily dangerous, but it’s hard to justify forcing pet owners to give up their beloved companions if they follow safety regulations and treat their pet with care.

After all, the animals we considered to be appropriate companions are descendants of once-dangerous wild animals that were tamed by people over time. Some people keep exotic pets as part of rehabilitation programs or as a refuge caretaker, so a blanket ban on keeping wildlife could endanger the well-being of the animals as well. After all, there are more tigers in captivity than in the wild.

The United States federal government adheres to international treaties regarding the trade of exotic animals, including the Convention on International Trade in Endangered Species (CITES), but laws governing the ownership of exotic animals are created and administered at the state level. This means each state has different requirements and restrictions on the type of pets citizens can keep.

Oregon, Utah, Vermont, New Jersey and New York are among the 20 states that enforce a complete ban on exotic or “wild” animals, according to Born Free USA. Surprisingly, some highly urbanized states like Delaware and North Carolina have few restrictions on pet ownership. Both states allow wild cats and other exotic pets as long as the owner keeps up with veterinary documentation and licensing.

While each state defines the parameters of “exotic” vs. “domesticated” animals individually, most include wild cats of any kind, venomous reptiles and other dangerous animals. Certain bird species, including several types of parakeets, as well as squirrels, prairie dogs and other rodents are also classified as exotic pets.

Exotic pets around the world

With so much discrepancy between exotic pet laws just within the United States, it’s not surprising that legislation is all over the board internationally. The United States, European Union and many other countries participate in treaties like CITES, which regulate the importation and exportation of exotic and dangerous animals. However, these agreements focus on preventing invasive species and diseases from spreading; they don’t regulate the domestic ownership of the animals.

In the United Kingdom, many exotic animals are allowed with the proper permits and licensing. Of course, having the resources and space to properly keep the animal are required to complete the licensing process. Some species are banned as pets because it is illegal to hunt or capture them, although licensed caretakers may be allowed to care for them temporarily.

Residents of Japan have a big appetite for exotic and domesticated pets alike. Pet stores are allowed to sell some exotic pets after acquiring the proper permits. Customers are supposed to obtain licensing before owning certain types of animals, particularly dangerous ones, but the enforcement of exotic animal laws is notably insufficient.

While the island nation has a relatively small population compared to some other developed nations, it is the “third largest market in the world for wild animals,” according to a statement by Japanese pharmaceutical company Zenoaq.

If you are interested in acquiring an exotic pet, make sure to read up on all rules and regulations before moving forward.