Home Care & Health What’s In A Name? Does No-Kill Really Mean No Kill? 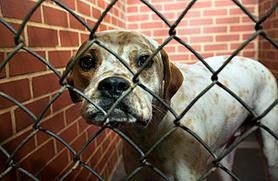 “People in the shelter business know the definition of no-kill can be interpreted in different ways,” Gina Fraser, formerly of the animal shelter has said. “But people who are not directly involved in the running of a shelter have the impression that euthanization occurs only when an animal is terminally ill, not for cage space or temperament.”

Fraser’s claims involve the killing of what she called a perfectly healthy cat (along with two somewhat feral cats), as well as an order she denied to take a pregnant cat to a nearby animal hospital to have the babies aborted.

“I did not do it because my belief, like many others, is this is a no-kill shelter,” she said.

This got us thinking … what do these people in the shelter business know that we don’t?

The fine line of no-kill and kill

The dictionary defines euthanasia as:

But the word “kill” is a much harsher word, bringing to mind violence, lack of empathy, and cruelty. This division of meaning between these two words has made many of us misunderstand what a no-kill shelter really is.

For many of us, we believe no-kill means no forced death. No matter what. But in reality, that’s not the case at all.

The widely acceptable definition of a no-kill shelter is one where all adoptable and treatable animals are saved, and where only unadoptable or non-rehabilitative animals are euthanized (not killed, of course).

But wait a minute … unadoptable or non-rehabilitative? Adoptable? Treatable? Who’s the decision maker on this?

Different shelters have different interpretations of these states of being, but California state laws offer the following:

First, they define adoptable animals as any animal that is 8 weeks of age or older, has no signs of behavior or temperament issues that would make them an “unsuitable pet,” and has shown no signs of disease, injury, or congenital/hereditary conditions that would affect the animal’s health in the future. Written right in the no-kill definition phrase is the sentence: adoptable dogs may be old, deaf, blind, disfigured or disabled.

The law goes on to define a treatable animal as one that is not adoptable but could become adoptable with reasonable efforts.

So, who does that include? Many dog trainers and behaviorists believe all dogs can be rehabilitated. So if that’s the case, how much effort is “reasonable” effort. Your reasonable effort might differ from mine, don’t you think? Who’s making the judgment call on this one?

To a no-kill purist, no-kill means no kill … period. They believe that even a little hereditary condition that complicates a dog’s life in the long run is no excuse for death. Any life is better than no life at all. The only time these purists believe in euthanasia is when it’s in the best interest of the animal, due to severe pain.

So, is it realistic and possible to save every animal, and not sort these sheltered animals into questionable categories of “adoptable” and “non-adoptable?” Many opponents of these types of shelters who do sort animals claim that the sorting is arbitrarily done to gain some control of the population of animals sheltered.

“We need to question whether killing animals for population control is compassionate,” said Bonney Brown of Aley Cat Allies. “It is truly for the benefit of animals or for the convenience of people?”

Even with active kill shelters all over the country there is a severe overpopulation of animals in shelters. If every animal shelter practiced the purists’ idea of no-kill, would there be space? Here’s another question. Does a lack of space make it okay to authorize the euthanization of animals who’d very well be rehabilitated with “reasonable” effort?

Where do you fall on the no-kill debate?