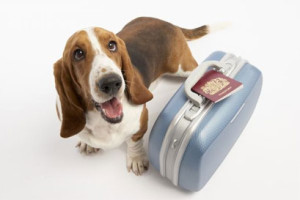 One of the many challenges faced by shelters and rescue groups is how to get the animal to its new home when the adopter isn’t local. While volunteers can often be found to conduct home visits to the potential adopter, it is harder to find someone who has the time available to drive the animal somewhere more than a few hours away. There are a number of groups that work hard to organize transport for rescued animals through relays of drivers. Their ranks have been joined by two 501(c)(3) charitable groups that use their jobs and hobbies to assist with moving animals.

Operation Roger began in 2005 when Sue Wiese, a trucker, decided to see if there were other truckers out there interested in helping animals. It is a network or professional drivers that take animals with them on their work routes. Because truckers often travel long distances, they are in an ideal position to take a dog or cat along with them. The organization and adopter must agree to meet them en route as they are on the job and cannot change their routes. They operate in the United States.

Operation Roger was named after Sue’s late Manchester Terrier, Roger, who was also a rescued dog. Since 2005, truckers have moved more than 687 animals to their new homes with more pets being assisted each year. They are in need of shuttle drivers to help get dogs and cats from the shelters to the pick-up location when it the shelter is unable to accommodate the trucker’s schedule. They also need foster homes for layover periods if an animal is being moved by more than one trucker and needs to wait a few days before the next rig comes through. There are currently between 20 and 309 truckers working with Operation Roger and they are always looking for more.

Pilots N Paws began in 2008 when Debi Boies, a Doberman Pinscher rescuer, and her pilot friend, Jon Wehrenberg, agreed to fly a Doberman rescue to its new home. The pilots are owners and hobbyists who volunteer their time to assist animals travelling across North America. Pilots N Paws currently has over 2400 volunteer pilots and works with more than 8,000 rescuers and is still growing rapidly. It recently expanded into Canada and now covers the entire continent. Pilots N Paws acts as a way for rescuers and pilots to meet and plan a flight together. They do not co-ordinate transports and all activities are strictly between the rescuer and volunteer pilot. They have moved everything from military service dogs to family pets including dogs, cats, pigs, and reptiles.

With millions of unwanted animals being euthanized every year, any group willing to assist pets in need of homes is a welcome addition. Non profit groups like Operation Roger and Pilots N Paws deserve support for the great work they do.