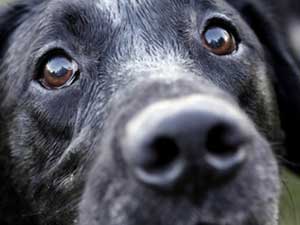 If you are having trouble telling identical twins apart, you are in luck!  Research now indicates that dogs are capable of distinguishing one twin from the other simply by their scent.  If that doesn’t make dogs smarter than humans, I don’t know what does.  Up until now, the research that has been done has proved inconclusive, possible due to the different levels of training the dogs had received.  This most recent study, conducted by Scientists in the Czech Republic, used dogs that have all received the same level of training, proving that dogs can in fact tell identical twins apart based on scent.

The study consisted of two sets of identical twins, one set of boys who were five years of age and other set girls, age seven.  Two sets of fraternal twins were used as well, a set of boys age 13 and a set of girls age 8.  Each set of twins lived together in the same place and ate the same kind of food.  The scients used 10 German Shepherds, the third among the top 10 smartest dog breeds, in this study, having each dog undergo 12 sets of tests to prove their suspicions.

Scientists started by swabbing the skin on the twins stomachs in order to obtain their samples.  Each of the 12 tests involved the German Shepherds sniffing a swab and then having to find a matching scent from seven different possibilities.  The results were postive, just as the scientists had expected.  Every one of the ten dogs were successful in picking out the correct matching twin every time.  Each dog was able to distinguish one identical twin from the other, as well as being able to tell even the fraternal twins apart.

“Dogs can discriminate the odor of identical twins if well-trained,” said researcher Ludik Bartos, an ethologist at the Czech University of Life Sciences in Prague.  “It should be emphasized, however, that we are far from being able to elucidate the reason why the twins differ.”  The scientists conclude that it is possible that the reason dogs can tell identical twins apart is due to different outside factors, such as infections that might alter an individual’s scent.  The entire study can be found in the June 15 journal PLoS ONE.