Home Care & Health For Those Who Have Cat Allergies, Is Relief Coming? 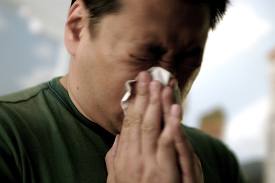 For the eight to ten percent of the population that have cat allergies, relief may be on the way. The second phase of clinical trials for a new vaccine is complete and the results are very promising. The third phase has begun. If successful, the new vaccine could be on the market within two years. In just four doses over a twelve week period it can provide relief for as long as two years.

Cat allergies are on the most common types of allergies. When cats groom themselves, they release an allergenic protein into the air and onto their fur. For many people, exposure to this allergen results in sneezing, watery, itchy eyes, and other misery. Up until now treatment has been to avoid the allergen altogether or take allergy shots. The latter can be expensive and they need to be taken frequently over a period of years to be effective. They can also have severe side effects and reactions. The new vaccine takes fewer doses and has far fewer side effects and risks.

The new vaccine was developed at McMaster University in Hamilton, Ontario by a team led by Mark Larché. It was a joint venture between McMaster and Circassia, a UK biotech firm. It makes use of peptide immunotherapy. The protein was broken down into the parts that cause the allergic reaction. Most modern vaccines use the whole protein. They created a synthetic version of the protein parts that cause the T-cell reaction which causes an allergic reaction. When injected into the skin, these proteins actually turn off the T-cells and the body begins to build up immunity to the inhaled allergen that people are exposed to in the presence of a cat. The possibility of developing other vaccines for common allergens exists and work has already begun breaking down the allergens that cause reactions to house dust mites, ragweed, grass, birch trees, and molds. There is no word yet on whether those allergic to multiple items will require vaccines for each individual allergen or even if that would be a possibility.

The study, held in Ontario, Canada, divided 202 patients in treatment and placebo groups and treated the over a period of twelve weeks. Two years later, 50 patients were re-evaluated over a four day period of exposure to cat allergen. Those who had received four doses of the vaccine still had a significant decrease in allergic symptoms over the four days.

The third phase will explore optimum doses for maximum effect. It is hoped that something along the lines of an annual booster vaccine can be developed. This would be welcome news to the many people who choose to suffer rather than part with a beloved companion. Paws crossed for this product to hit the market around the world in the next two years.