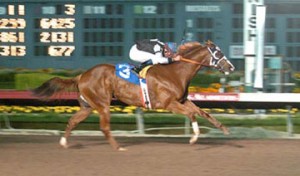 That phrase alone – stem cell therapy – brings with it controversy like few other topics. Be it the idea of harvesting embryos, to the reality of cloning living beings, it isn’t difficult to find a large contingency of stem-cell opposers.

And while stem cells, cloning, and embryos are often interchanged (accidentally and purposely), there is an entire faction of this science that is far less controversial, yet still overwhelmingly successful in treating animals.

In the debate over stem cells, many people tend to overlook the advances being made by adult stem cells.

Adult stem cells are often misconceived, due in large part to their name. You might think that only adults and full-grown animals have adult stem cells, however, even puppies and children have them. Adult stem cells are matured stem cells that have found their place and “job” in a living being’s body. While many people believe embryonic stem cells are the all-powerful stem cell that can morph into any type of cell out there, research and data suggest something else:

Adult stem cells are far more versatile than we ever imagined.

For years now, animals such as cats, horses and dogs, have been treated with their own stem cells (an autologous transplant) for conditions such as:

These adult stem cells are multipotent (a fancy way of saying they have the ability to differentiate into specialized cells with specific functions). This means they can differentiate into tendons, ligaments, bone, cartilage, blood vessels, and more. Another benefit of these adult stem cells is that the risk of rejection is extremely low, since the cells belong to the patient to begin with.

Evidence of the benefit of stem cell therapy

One of the leaders in regenerative stem cell therapy in animals is Vet-Stem.

They claim to have helped improve the lives of more than 8,000 animals with stem cell therapy, including:

Be a Bono: Be a Bono is a racing horse who suffered from bone chips and fluid buildup in his knees. These injuries not only threatened his career, but they threatened his life. Be a Bono underwent stem cell therapy, by undergoing an injection of his own stem cells, to see if his condition improved.

After his treatment, the racehorse went on to race and win $1.25 million in prize money.

Be a Bono isn’t alone. Vet-Stem says that these treatments are particularly successful in dogs, with 70% of canine patients experiencing improvement after treatment.

A study a few years back involved the use of Olfactory Ensheathing Cells (OES) on a group of dogs. There were 34 dogs in the study, all of whom suffered from severe spinal cord injuries that prevented them from walking.

One group of dogs was provided OECs from the lining of their own noses, injected directly in their injured area (spine), whereas the other group received only the fluid in which the OECs were transplanted. Neither the researchers nor dog owners knew who received what.

The results of the study showed that the group of dogs who received the OECs demonstrated dramatic improvement in their mobility, versus the dogs who did not receive the OECs. While the researchers of the study applauded this as a potential breakthrough for humans, animal lovers worldwide can also rejoice in knowing that science is making strides toward eliminating the number of “incurable conditions” that our pets face.

What happens during a pet stem cell therapy treatment?

Stem cell therapy treatments can vary, particularly depending on the type of injury and animal involved. However, typically, the animal is given a general anesthesia to retrieve stem cells from the fat of his body. The stem cells are stored and then injected back into the animal within a few days. The injection only requires a local anesthetic. Simple as that.

While this procedure seems fairly straightforward, it does not come cheap. Pet owners interested in pursuing this avenue should expect to pay upwards of $3,000 for one injection.

Who is an ideal candidate for stem cell therapy?

Pet stem cell therapy is proving to be effective for many conditions, but it’s not a saving grace remedy. The ideal candidate will have overall good health, except for a specific malady, such as arthritis or hip dysplasia, that is not responding to conventional medicine.

If you’d like to know more about stem cell therapy for pets, visit Vet-Stem.