Home News Lion Meat Tacos – Are You Ready To Eat The King of... 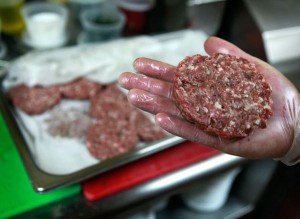 Just a month ago, it was reported that Taco Fusion, in Florida, put a $35 meat taco on its menu. Thirty-five bucks for a little Mexican dish is a pretty hefty price, but not necessarily newsworthy. That is, of course, until you discover that the meat inside that taco comes from the king of the jungle.

Public outrage surrounding this new addition forced Taco Fusion to pull the mighty taco from its menu, but that doesn’t mean that lion meat doesn’t exist in an American’s diet. Lion meat is just one of many exotic  (and legal) meats that people across the country enjoy.

The U.S. Endangered Species Act does not protect African lions, currently, making them the only big cat species not protected. That means that the trading and selling of lion meat in the U.S. isn’t legal, even if many people find it offensive. In Illinois, Representative Luis Arroyo is trying to push his Lion Meat Act, which would prohibit the slaughtering, possession, breeding, importing, or exporting of lions (and lion meat). This could impact sellers such as Richard Czimer, who owns Czimer’s Game and Sea Foods Inc., in Homer Glen, Illinois. Czimer buys USDA-certified lion meat from time to time and states that Arroyo’s act is trying to dictate what people can and can’t eat.

Czimer points to the data that shows that thousands of cattle are slaughtered daily, versus a much smaller amount of lions (for example, last year, Czimer could only purchase two lions).

Czimer’s cattle observation brings up an interesting point: what is it about eating lion that’s more offensive than eating cow, or deer, or rabbit, or lamb or … you get the idea. When broken down to its most basic form, animal meat is animal meat, regardless of where it came from beforehand. So long as the meat in question does not come from an endangered species, there should be no problem or government interference, right? Furthermore, the lion meat eaten here in the states doesn’t come from the plains of Africa, from a pride of lions roaming free. These lions, for the most part, are born and bred for slaughtering, like cows and chickens. So lion meat shouldn’t be such a big deal, right?

Not according to Luke Hunter of Panthera. Hunter says that eating meat-eating animals is not a good idea, regardless of if that animal is endangered or not. Carnivore populations are dwindling worldwide (save for humans), and while not on the US endangered list, the African lion is actually listed as threatened by the International Union for Conservation of Nature and is considered endangered in some West African countries.

Is all meat considered equal?

There is another concern about eating a meat-eating animal. The carcasses of these carnivores gather many more parasites and diseases than plant-eating animals. Hunter cites an instance in 2007 as proof: a biologist in Arizona contracted primary pneumatic plague from a cougar he had dissected. The biologist died shortly afterwards.

Putting aside the potential health risk of handling lion meat, there’s also the question most of you are asking yourselves: how does it taste? It’s interesting to note that those who share their backyards with wild lions (in Africa) don’t consider lion meat to be palatable, thus it’s not a source of food.

Why then would someone shell out $35 for a taco, filled with meat that either tastes like any other meat, or, possibly doesn’t taste that good at all?

It’s the allure, of course, and the fact that someone can say, “I ate a lion.” Cows aren’t fierce. Rabbits aren’t massive. Chickens aren’t feared. But lions, lions are all these things. The idea of being able to take a bite out of one of them, and live to tell the tale is alluring, even if the consumer did nothing more than pick a dish from a menu.

Forget that lions are considered a threatened species elsewhere in the world. Forget that natives of Africa who live nearby lions don’t eat lion (heck, Hindus don’t eat cow, and Muslims don’t eat pigs). Forgetting all that is it really any more troubling to eat lion than any other meat? Do lions deserve more empathy than cows?