Home News Is It Really Okay to Eat Horse Meat? 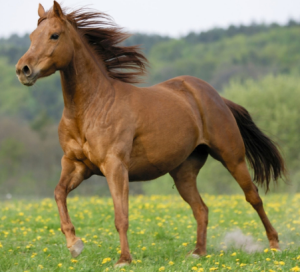 Why is it that we’re okay with stuffing our faces with cows, pigs, chickens and turkeys (not to mention deer, pheasant, sometimes gator, etc.) but are horrified at eating horse? And, if we got past that idea – eating Mr. Ed., is it really safe and okay to eat horse meat?

Europe is an extremely diverse part of the world. While England finds the idea of eating horse as repulsive, other European countries find it to be a delicatessen. France and Italy, two countries known and revered for their food cultures, eat horse. In fact, Italians consume more horse meat than any other European country. The issue going on in Europe isn’t that one country eats horse, and another doesn’t. The issue is whether people were unknowingly served horse meat masqueraded as beef.

From this controversy has evolved the debate of whether eating horse is okay. There are proponents … far more than many people have realized, and there are plenty of opponents.

Proponents claim that horse meat is sweeter than most other meats, due to its high glycogen content (which explains why manufacturers might have added it to beef … for extra sweet flavor). They also claim that there is no difference in eating a horse than there is in eating any other animal.

Here’s a fun fact: during World War 2, Americans ate horse meat due to beef rationing. Also, some sources suggest that a good cut of horse meat has half the fat, less cholesterol, and more iron and vitamin B than beef.

Despite all this, Americans can’t wrap their heads around horse meat. In fact, a 2007 federal court ruling closed the the last horse-processing plant in our country, which helped propel Canada as one of the leading horse meat suppliers in the world. President Obama recently lifted the ban on horse slaughtering.

So, what’s our issue with horse meat?

One of the biggest issues Americans have with the idea of eating horse is that horses have evolved from mere animal to pet.

Pet. Like dog, cat, guinea pig and hamster (of course let’s not mention rabbits here, since plenty of us do eat rabbit … some of us on Easter Sunday). The moment an animal becomes a “pet,” we can’t bear the idea of eating it.
There’s also the TV factor. Mr. Ed. Black Beauty. My Little Pony! Our horses have personality, pizzaz. How could we drizzle BBQ sauce on Mr. Ed?!

What is if were a different meat?

Most of us would be disgusted to learn that the cow we’re munching on had bits of horse in it, right? But what if there were a different type of meat in question? Rather than eating 100% chicken, what if you learned your buffalo wing had bits of turkey in it? Would you be as disgusted?

Other people in the world eat horse, but does that make them less civil than us? Heck, there are places in the world where the idea of eating cow or pig is revolting. So, what say you? Could you ever consider the notion of eating horse?