Home Care & Health Do Animals Get Drunk? Beware Of Your Pumpkins 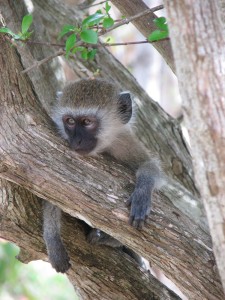 While fall time in the US usually equates to Halloween and leaf peeping, in Darwin, Australia, it’s the start of Drunk Lorikeet Season. This drunken season coincides with the end of the dry season and the beginning of the wet season. And why is it called Drunk Lorikeet Season? Well, hundreds of these red-collared lorikeets will display all the signs of drunkenness, including falling over, struggling to fly, and running into things. And perhaps the most intriguing of all behaviors, this typically human-averse bird will lose its inhibitions and become oh-so-friendly with the folks down below.

But why does this happen?

While most experts believe there’s more to it than just drunkenness, some folks do actually think that the fermented fruits that are available in the fall cause the birds to get drunk.

While the jury’s still out on why those lorikeets are about to get all crazy, there are plenty of other animals who do, in fact, get drunk. Not just that, but they seek it out like a college frat boy on a Saturday night.

Vervet monkeys are known for stealing drinks from tourists in the Caribbean (specifically St. Kitts and Turtle Beach), right from the tourists’ hands. It seems these monkeys have a taste for booze. But why? Well, these monkeys came to the islands from West Africa some 300 years ago, right when the rum industry was reaching its peak. Sugarcane was needed to make the rum, and these monkeys started eating the canes left in the field. As a result, their ancestors have turned that into a love of all things booze.

The interesting thing about vervet monkeys is that their rate of booze consumption is scarily similar to ours. Research shows that most monkeys drink in moderation, like humans, whereas 12% drink frequently, and 5% drink excessively. The study also showed that younger monkeys tend to enjoy emptying the bottle more often than their adult counterparts. Sound familiar?

But the vervet monkeys are not alone. What, you haven’t seen the video of the drunk squirrel? Squirrels love to get their hands on any type of food. Come fall time, humans love to leave out pumpkins as ornaments. Leave your pumpkin out long enough, and it’ll get fermented. You do the math. Squirrels, like the one in this video, will go after your pumpkin. If the pumpkin is fermented, that little rodent will unquestionably react to the fermentation. In short, squirrels get drunk.

Was the squirrel trying to get drunk? Probably not. Chances are the vervet monkey has a leg up on that one. But there are animals in the wild that’ll actively pursue fermented fruits, berries and nectars (assumedly because of the reaction their bodies get). For example, the pen-tailed shrew and slow Loris love to flock to the bertam palm, which contains a level of yeast that ferments the nectar to levels upwards of nearly 4% alcohol (take that, Bud). The pen-tailed shrew has been documented taking nightly trips to these palms, sometimes several times a day, and hanging out at the “watering hole” for hours on end.

We’re not the only drunkards

We like to flex our proverbial opposable thumb now and then to claim we’re vastly different from other animals. But one thing you might have learned today is, we’re not the only party animals. Whether it’s the brazen monkeys (think of them as college kids), the unsuspecting squirrel (the friend whose drink you spiked to help him blow off steam) or the nightly bar hoppers (far too many of us than we’d like to admit), animals have the same relationship with alcohol as we do. The only difference is – they don’t have to pay a dime.